After a lot of buzz, Kausauti Zindagi Kay 2 is finally on air since September 25. Interestingly, after a lot of rumours as to who will play what role in the remake of this famous TV serial, we finally get to see the new faces in the iconic roles. 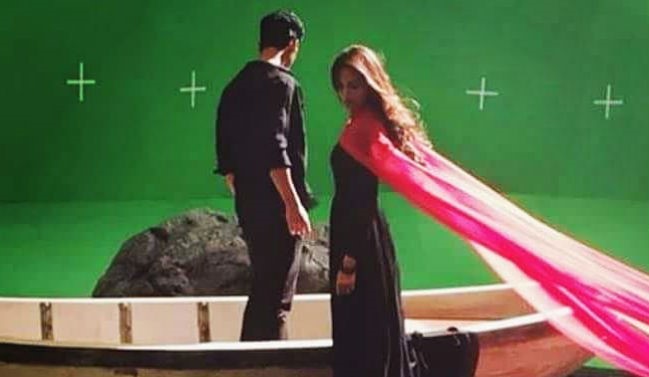 Shweta Tiwari played the role of Prerna in the original series that aired from 2001 to 2008. Not just her role and acting even her dressing style was appreciated to the moon and back. In the reprise version, Erica is seen playing the iconic role of Prerna. In the past, Erica was seen in Kuch Rang Pyar Ke Aise Bhi where she was seen playing the role of a Bengali girl opposite Saheer Shaikh.

The role of the sweet and simple Anurag Basu who is deeply in love with his childhood buddy Prerna is essayed by Parth Samthaan, the Youth icon famous for his portrayal of Manik in Kaisi Yeh Yaariyan. It is indeed interesting to see Parth in the shoes of Cezzane Khan who went on to become TV heartthrob with Kasuati Zindagi Kay. Much before the finalization of Parth, rumours were rife that Abhimanyu Chaudhary will play the role of Anurag Basu

There has been no official announcement or confirmation as of now but buzz is that  Iqbal Khan will play the iconic role of Mr. Bajaj. In the original series, Ronit Roy was Mr. Bajaj. Initially, Mr. Bajaj was seen as the kebab mei haddi in the love story of Anurag and Prerna but later on as the day passed, the audience wanted Prerna to choose Mr. Bajaj over Anurag.

Now the iconic role of Komolika that changed the prospects of the Indian TV vamp is played by Hina Khan. Hina for years entertained the TV audience with her simple good two shoes character Akshara in Star Plus’ Yeh Rishta Kya Kehlata Hai. However, her bold and haughty stint in Bigg Boss gives us a clue that the actress will be able to give justice to the character.

Poonam Narula played the role of Anurag’s sister in the original series. Here in the remake, Pooja Banerjee is seen as Nivedita. Pooja is the same girl who played the role of the Vishkanya Vishaka in Chandra Nandni. A Roadie finalist, she is currently seen as Aarohi in Sony TV’s Dil Hi to Hai. Earlier, she was also seen as Rewa Mathur in Channel V’s Swim Team.

Sahil Anand is a popular face on TV as well as big screen. He has been both, MTV Roadie and a Bigg Boss contestant. He debuted in films with Student of the year where he played the role of Rohan’s friend. He did several TV serials in the past including Sasural Simar Ka. In 2014, Sahil was seen opposite Erica Fernandes in Babloo Happy Hai. Here in the serial, he is seen as Anupam Sengupta, Anurag’s brother-in-law and Nivedita’s husband. In the original series, the role was played by Manish Goel.

Want to know more about the Kasautii Zindagii 2 cast, drop the character’s name in the comment box and we shall update the article with their details