HINDU KHATRE MEIN HAIN …… But from whom??

The Anti Terrorism Squad’s net on the murderers of Narendra Dabholkar seems to be tightening. On August 10, three people were arrested by the ATS – Vaibhav Raut, Sharad Kalaskar and Shudhanwa Godhalekar. According to NDTV news, Sharad Kalaskar has told ATS that he was directly involved in the shooting of Dabholkar along with an Aurangabad resident Sachin Andure. 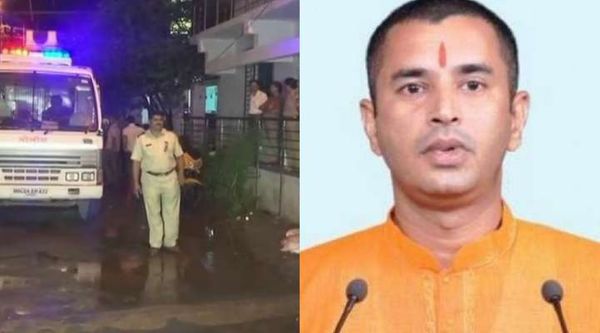 Andure has been arrested in Pune on 19th August by a CBI team. The CBI team which is investigating the Dabholkar killing has claimed that Sanatan Sanstha member Virendra Tawde hatched the conspiracy of murder. From the statements of the arrested people it seems to be quite clear that the Sanatan Sanstha members have been behind this murder.

As per their website, the aim of Sanatan Sanstha is “to impart spiritual knowledge to the curious in the society, inculcate religious behavior in the masses and providing personal guidance to seekers for their spiritual uplift.”

Meanwhile, here are some of the activities of the Sanatan Sanstha, which are well documented –

2009 Goa Blasts: Six Sanathan Sanstha members were arrested and charged with the Goa blasts. However, they got off for want of evidence due to a technical error committed by the NIA.

2015 Govind Pansare Murder: Sameer Gaidwad a Sanatan Sanstha member was arrested for the shooting of Govind Pansare. The investigation is still on and has not reached any conclusion as yet. While the investigation team insisted that there was strong evidence against Sameer Gaikwad, the sessions court granted bail to him in 2017

2017: Gauri Lankesh Murder: Amol Kale, a Pune based engineer has been arrested by the SIT which is investigating the Gauri Lankesh murder. Kale’s home in Pune still maintains a signboard which mentions Sanatan Sanstha. The investigations are still on.

In 2017 the BJP-Shiv Sena led Maharashtra Government once again claimed to have sent a proposal seeking a similar ban. The proposal is still pending with the BJP led Central Government.

Narendra Dabholkar was shot on 20th August 2013. It has been 5 years before his killers got arrested. Hopefully the judiciary will move quickly and the strictest punishment will be awarded to the criminals once the crime is proved.

With so many links of violence to the Sanatan Sanstha one can only wonder what religious and spiritual knowledge is the Sanstha claiming to impart to the masses.

Disclaimer: If you do not condemn the murders of those who have the courage to speak, there will be no one left to speak when they come to murder you.