Critics often do not see Shah Rukh Khan as a versatile actor, just a romantic hero!! Dig deeper into his films & you’ll realise that the Badshaah of Bollywood has done and can do any kind of role.

1. He has Surprised us Often With His Coach and Mentor Roles

Looking him in Chakk De India, Mohabbatein, Mai Hoon Na and Dear Zindagi, everybody craves a guide like him. 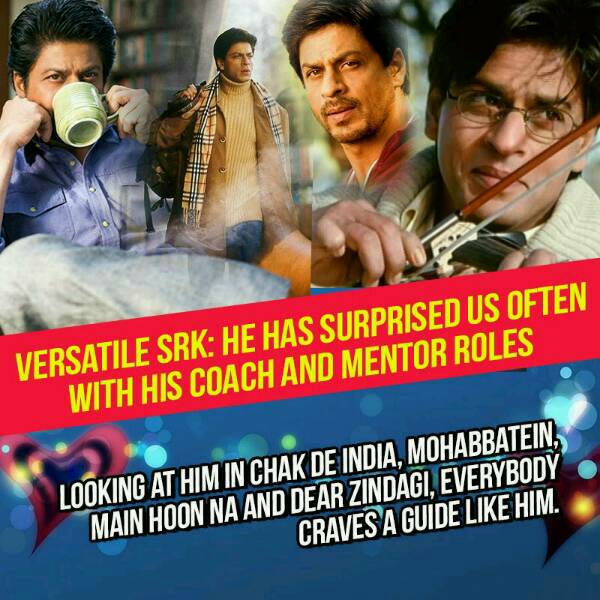 2. Our Very Own Patriotic Hero

SRK has said many a times that he enjoys doing films illustrating the spirit of nationalism. How else do you explain movies like Chakk De India, Phir Bhi Dil Hai Hindustani and Swades? 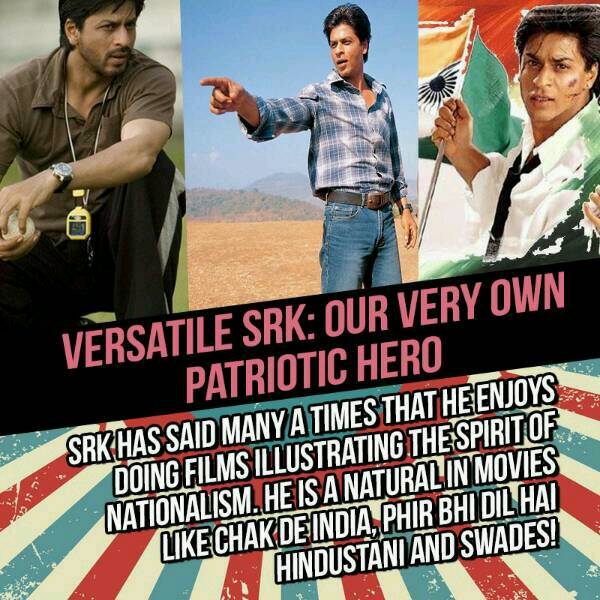 Remember KKKK Kiran? Now who could play the role of an obsessed psycho lover in Darr and Anjam better than SRK!!! 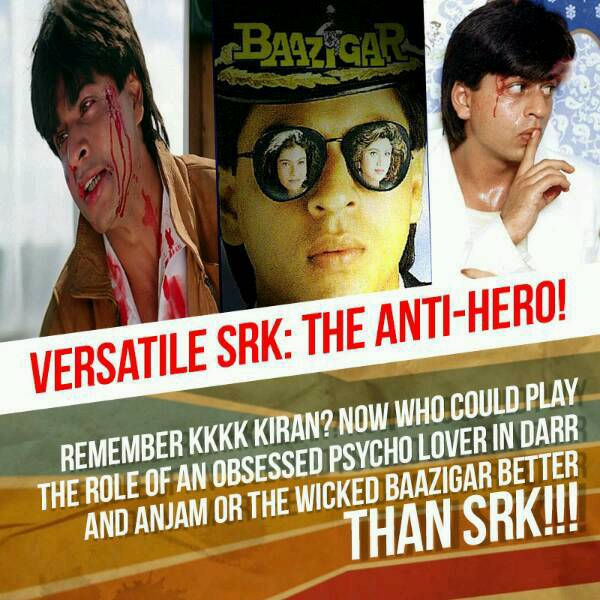 His well-timed punches and intrinsic humor in films like Chamatkar, Yes Boss, Duplicate, Badshaah, Chennai Express hit us right where they need to. 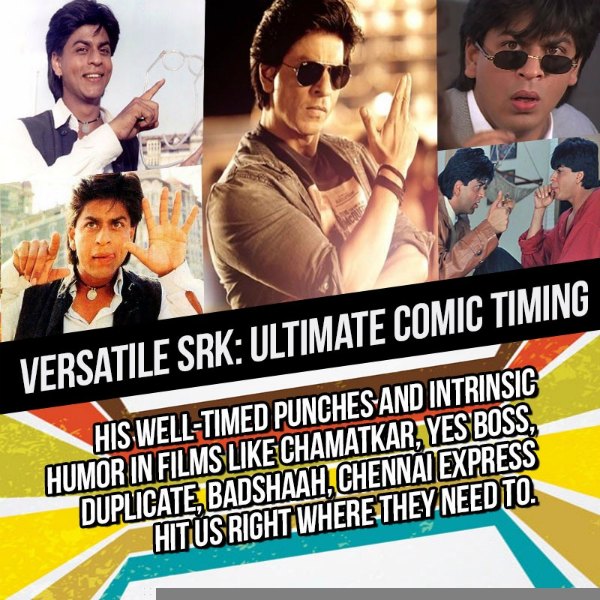 5. Emotions Come Naturally to him

King Khan can make you cry on cue (Remember Devdas, Om Shanti Om, FAN, My Name is Khan). He perfectly moulds himself into his character. 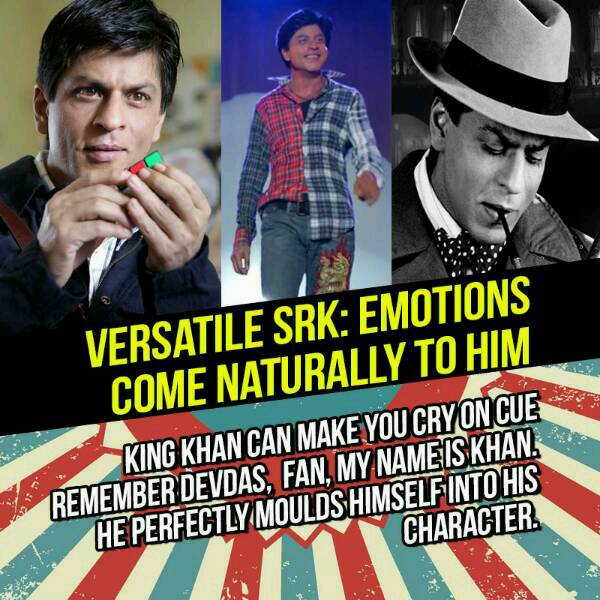 A total badass, he knows how to flaunt his dishooms in any action packed film. His brawny look in Josh, Koyla, Don, Karan Arjun, Asoka and yet to release Raees establishes him as a bankable action hero.

Not just a romantic hero, SRK, the man without a godfather in Bollywood has proven his mettle in almost all genres of Hindi cinema. Salute him and his brave choices!!