Post Sanjay Dutt’s biopic, “Sanju” we have a biopic on Sunny Leone as well. While, this isn’t a full-fledged Bollywood film, it is a 10 episodic web series on Zee5. Interestingly, the film has Sunny Leone as herself and reveals quite a lot about her journey that isn’t quite known otherwise. 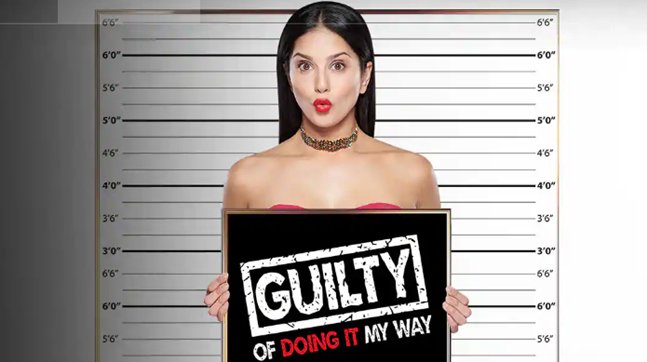 Whether the biopic is purely true or has certain fictional elements is something that we aren’t really sure of. But, here are few exclusive things that the series reveals about her life –

How Karenjit Kaur Vohra Got Her Name Sunny Leone

Her father always thought that he will name his first born Sunny, if he happens to be a boy. However, the couple was blessed with a baby girl and they named her Karenjit. So, when Karenjit Kaur is asked for a screen name during her shoot for Penthouse, she confirms it as “Sunny”, which incidentally is also the nickname of her real brother Sundeep Vohra. The later part of her name i.e. Leone was picked up by the then owner of Penthouse magazine.

She did tell her younger brother about her career before she told anybody. and the boy was cool about it. He didn’t object but both of them did wonder what would happen if their parents would ever know about Karen’s secret.

After Her First PhotoShoot With Penthouse Magazine, She Bought All the Magazines in Her Parents’ Locality

To ensure neither her parents’ nor her locality finds what she is upto, Sunny Leone bought almost all the magazine that showed her semi naked on the front cover of the magazine. They never found out on their own, it was Sunny who dropped the bomb one day when she thought it is better to say on her own than they finding out from someone else.

In an interview with the Howard Stern Show (showed as Richard Stone show on Zee5) made Sunny really popular in the real world as well. Apparently, many of the Indians got to know about her including one of her relatives. In the show, she had revealed how she preferred both men and women. Soon, the news spread like wildfire.

Post her interview, Sunny got a lot of hate mails from the Sikh community and Indians at large. Her relatives were so much miffed that they even boycotted the family. This devastated her mother completely. Even now the Sikh community has objected the ‘Kaur’ in the title of her biopic.

Sunny’s Mother Was an Alcoholic

Interestingly, this biopic on Sunny Leone misses a lot of facts which otherwise is known in public domain. In our following article, we shall share the missing elements.