It is amusing to see vast majority of people fighting over Uniform Civil Code (UCC) – something which probably they are not even sure of. Apart from the imaginary conception that it would do away with many of the privileges that Muslims have unnecessarily been endowed with.

What are those privileges? Triple Talaq? Polygamy (4 wives)?? 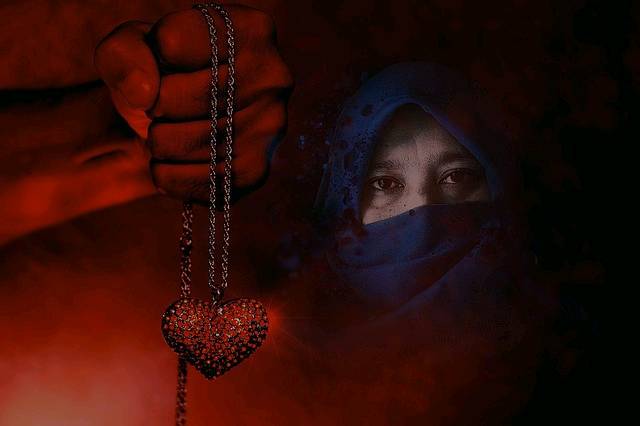 This misconception has also been given credence due to tooth and nail opposition to UCC from decrepit and non-representative organizations like All India Muslim Personal Law Board.

The illiterate Maulanas of AIMPLB are playing into the hands of Sangh by giving too much of importance to UCC.

What is Uniform Civil Code?? Has the government even given a draft/blueprint of it? Has the Sangh (or the BJP) explicitly defined what UCC is?

We are fighting over something which does not even exist :O

Dear Maulanas, first ask the government to come up with a draft policy over UCC.
Let’s have a talk a talk over it then.
Opposing it tooth and nail, without even the existence of it, smacks of your ignorance, which you people, have been specially gifted with. 😀

The media, the incumbent government and (sadly) the Law Commission have also given the impression that UCC is oriented towards doing away with special treatment that Muslims have got under their personal laws.

The Muslims have been projected by all these (with the aid of inerudite Maulanas of AIMPLB) as a backward community, living in medievalist obscurantism, and the Uniform Civil Code as something which would pull them from their rustic living towards a more civilized one. :O Really?

Also Read: Muslims in India Should Turn Apolitical – Here Are the Reasons Why

– Marriage today (in a democratic society) is considered as a ‘contract’, unlike pre-modern times when it was considered as a ‘sacrament’. Wherefrom this concept has been borrowed? Which religion first considered marriage as a contract, to be entered into with the consent of guardians?

– Divorce today is permissible in virtually every community all over the world. Where has this concept been borrowed from? Will somebody please enlighten as to which religion was the first that allowed divorce and which was later adopted by other faiths 13 centuries later?

It was not before 1857 that divorce became legal in UK. Divorce was incorporated into Hinduism only after 1956 through Hindu Adoption and Maintenance Act. So which one is archaic and which one is modern?

– Alimony? Which religion first sanctioned alimony to divorced wife, and given exact provisions of the same?

– Inheritance rights to women? Which religion was the first to recognize the rights of women over their paternal property, when world over women were denied such rights, and continue to be so?

– Which religion gave women more powers over divorce than men?

I deliberately avoid such comparisons between different faiths. However given the present circumstances, where a particular community is being demonized and portrayed as uncivilized; it becomes pertinent to bring to light some bitter truth.

Yes Muslims need reforms, and the biggest reform would be to free the community from the clutches of bigoted and illiterate Maulanas who have done much disservice to this community, and kept it under darkness for ages, hijacking Islam and keeping Muslims ignorant with the exact provisions of it.

It is this leadership which has resulted in negative portrayal of the Muslims in media, as a community which is backward and in dire need of social reforms and modernization.

Have an opinion? counter opinion? Write us at editor@nationalviews.com and we shall publish it with full credits.