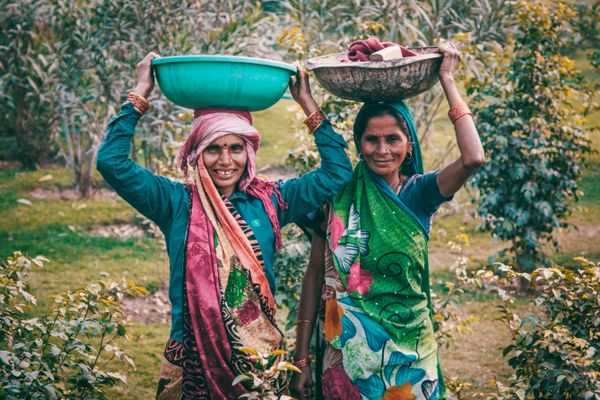 While it might be comparatively easier getting a job in the metro cities or in the more evolved industries, like IT or Telecom, getting a job in one of the largest employing sectors of Manufacturing MSME is still far from being easy.

Around 18 years back when I entered the MSME sector of hardcore manufacturing, I noticed a huge disparity of gender ratio in most of the companies in this sector.

The typical mindset that came across was that while it was quite okay to have a Female secretary or an accountant or a receptionist, the main chunk of jobs, which are in Operations still evaded the women.

Perhaps the only job in operations for which women were easily recruited was “Packing”. That was also the least paying job btw.

It was in 2000 that I resolved that I will ensure that we change this mindset at least in my workplace.

No, I had no grand plans to change the World or even the Country. I just wanted to change my surroundings to the extent of my influence.

At that point in time, the Female headcount in my workplace was ONE. Nope, not 1 percent. ONE FEMALE, an accountant.

So, I declared that we will strive to achieve a 25% headcount of Females in our workplace, which I thought was a pretty sane albeit ambitious target.

What happened after that was an absolute experience, for me.

The first lesson I learned was that it was not easy to break down the traditional Indian Male mindset.

The declaration which I had made was met by nods from all across the board, however, the reality was quite different.

After around one year we still had the same number of female co-workers in the same customary departments.

When I enquired about the reasons for not being able to increase the number of women, my Manager told me that we did not have enough facilities for the women.

When I asked him, why don’t we build those facilities, he took me down to the cramped facility area and said, “Sir, we don’t have any space. Where will we make these facilities for women?”

I stood in the front of the Changing Room + Toilet area, staring at the board of “MEN” written on it, trying to figure out where we can squeeze in facilities for women.

He was right, there wasn’t enough space there.

But one has to make space if one wants space.

So, I picked up a black marker from the nearby table and wrote “WO” in the front of the “MEN” side, then turned to the Manager and said, “There, now we have a facility for women.”

Not so surprisingly within a matter of a week, the guys had managed to create a separate facility for the Men……I wonder where they found the space to do that 😉

But despite this, the additions of Female employees were still next to nothing, and I figured that this was going to be a serious fight.

When a fight is serious, you start fighting seriously.

I started focusing on this issue in particular after that.

We used to give out advertisements in the local newspapers for Operators. It always read, “Operators needed for so and so work”. We changed it to “Female/Male Operators needed for…”. We wanted to tell the job seekers that we were open to employment for women.

When we finally started getting female operators, the supervisors complained that they weren’t giving production outputs as good as the guys. So, I promoted one of the women as the Supervisor and demoted the Supervisor to an operator. Suddenly the output started increasing.

My Manager complained that it was difficult to instruct the women to do the work that was required. They were not accepting his “orders” readily. I told him that I understood his problem and perhaps I had made a mistake by insisting that we should get female operators. The smile that cropped up on his face disappeared when I added, “perhaps I should have started by getting Female Managers to begin with”. Suddenly the women started accepting his orders/instructions readily.

From then onwards it was a rather smooth journey.

Today, we stand with a 27% Female to Male ratio. The target is now set to 50%. This is not called MY target anymore, this is called OUR Target by everyone in the organization.

We have females in every imaginable department, even doing the tough lifting jobs, within permissible limits ofcourse.

The only reason we are not able to achieve the 50% target any quicker is that we don’t have enough women knocking on our doors because not many women want to work in a greasy environment filled with machines and steel.

But I will wait for that mindset to be broken by women themselves…… till then the fight will continue…..

I am not writing this to tell you guys about me. I am writing this to let the readers know that “Women Empowerment” is a conscious process. Just making slogans and using hashtags does not change anything.

One has to unlearn a lot of things and look around them with a fresh open mind. Only then barriers can be broken…. with a conscious sustained effort.

It is easy to put up a hashtag on one day in a year and salute the women you have known, but hashtags don’t change the situation for 1000s of other women who have still been relegated to their kitchens because “That’s where their place is”.

Let’s come together and act as a single unified driving force to help the women get their rightful place in the world as an EQUAL.

And that right is not ours to give to the females. It is their inherent right, either we help them get it or we move out of their way and stop being an obstacle.

Disclaimer: #HappyWomansDay …. just because everyone is using this hashtag….. Main kyu peeche rahu?