In Sony TV’s serial Porus, along with the story of Puru we are also witnessing the incidents from Alexander the Great’s life. While most of the story of Puru is fiction with no evidence from the past, Alexander’s family story too is a little deviated. Like, for instance, King Philip II, the father of Alexander falling in a battle and dying afterward is far from the truth. This is not the way he died. 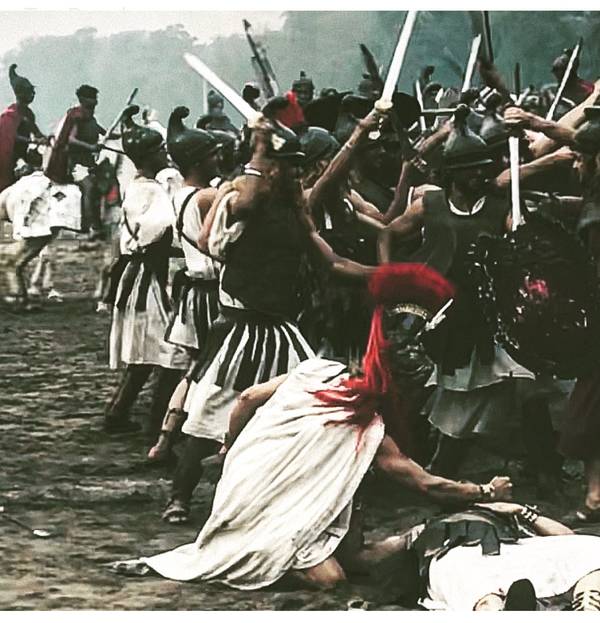 It was the occasion of celebration as Philip’s daughter Cleopatra was getting married to Alexander I of Epirus at Aegae, the capital of Macedonia. Cleopatra was Olympias’ daughter and so Alexander’s biological sister as well. Although the marriage meant the strong relationship between the two kingdoms, it turned out to be a nightmare of the people of Macedonia.

Yes, because, Philip II, the king of Macedonia was killed by one of his seven bodyguards when he entered the town’s theatre unprotected. He was killed by Pausanias of Orestis. The assassin escaped from the scene of murder but he was eventually captured who tripped him and murdered him.

However, unlike the real story, the serial Porus is showing some fiction elements of Philip II being injured in a battle along with his two competing sons – Alexander and Arrhidaeus.

Although there are several assumptions and stories on why was Alexander’s father Philip II killed, the most modern account is by Aristotle, the teacher of Alexander who states that the killer Pausanias killed Philip II since he failed to protect his honour when he was offended by Attalus and his followers. Attalus was the uncle of Eurydice, one of Philip’s wife.

Besides, there are conspiracy theories that when Olympias, the mother of Alexander returned from her exile, she placed a crown on the corpse of Pausanias and later also erected a tumulus in his memory. This makes some of the theorists believe that there may be some involvement of Olympias too.

However, as mentioned before, there is no known reason as to why was the King of Macedonia killed.