“The finest things in Bagan are found when you are not at all looking for them.” 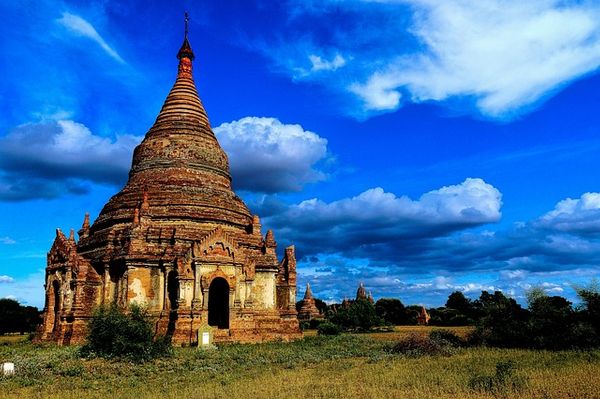 Across the world, there are many places with large area but with just a prominent one monument. However, have you ever heard of a less traveled small place with more than 2000 temples in a given area? Well, that’s precisely, Bagan, the heart and capital of the first Burmese Empire in the ancient Myanmar (earlier Burma). Home to around 2200 temples and pagodas (stupas), these temples in the temple city of Bagan are built by numerous kings and leaders in Burma from 11th to 15th century.

An ancient place with lots of remarkable archaeological sites and amazing pagodas, it not only embarks historical but also spiritual voyage as one venture from one temple to the other in this arid central parts of Myanmar situated on the eastern banks of river Ayeyarwady.

The Influence on the Temple City

The ancient city of Bagan was highly influenced by Tantric Buddhism, Mahanaya Buddhism, diverse Hindu (Vaishana and Saivite) as well as nat, native animist ethnicity.  Since, it was one of the prime Buddhist capital, the Bagan region attracted monks from as far as China, India as well as folks from the Khmer Empire.

Amidst 11th and 13th century around 10,000 temples, monasteries and Pagodas were built by the Pagan Empire during the era of King Anawratha (1044). However, as of now there are only 2200 temples and pagodas due to numerous earthquakes that shattered the majestic shrines.  It is not a UNESCO world heritage till yet so you won’t find tourists like Angkor Wat and Borobudur. However, the place still stands with them when it comes to memorable ancient monuments in South East Asia. 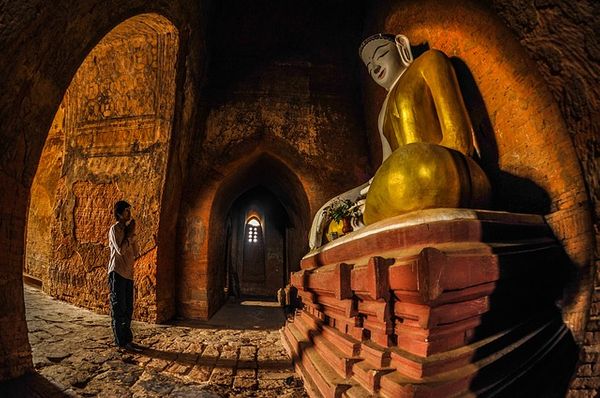 Among the 2200 Temples influenced from Hinduism and Buddhism, here are some of the notable Temples in the Temple City of Bagan –

One of the most prominent Buddhist temples in the Bagan region, Ananda Temple earlier Ananta  derives its name from Sanskrit word ananta pinya meaning endless wisdom. In Pali and Indian Languages it means “bliss”. Ananda was also the name of Gautam Buddha’s first cousin, disciple and devotee. 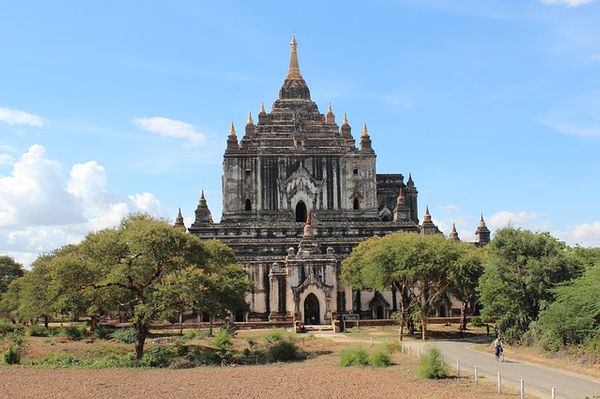 This Buddhist temple was built during the reign of King Kyanzittha (1084-1113). In terms of design and architecture, it is highly inspired by the Indian architectural style seen in temples of Bengal and Orissa in India. As per archaeologist Duroiselle, the temple has been built by Indian architects. Also, it has been observed that the architecture of this temple represents greatly with the Ananta cave temple in Udayagiri hills in Orissa, India.

In the temple you will find effigies of Buddha facing various sides. Also, on the corridors, there are frescoes of Buddha’s life from the earlier days till his death.

The Nathlaung Kyaung Temple (Sanskrit meaning shrine detaining the spirits”) is a Hindu shrine of Lord Vishnu. Built in the 11th century by King Anawratha, it is one of the oldest Hindu temples found in the Bagan region of Myanmar. The temple was mainly constructed for Hindu Burmese Indians, including Brahmins and merchants. Although, most of the structures of the original temple have lost with time, the main hall still remains. Initially, the temple comprised effigies of all the ten Avatars of Vishnu, including Buddha; but, at present, only 7 stay behind. 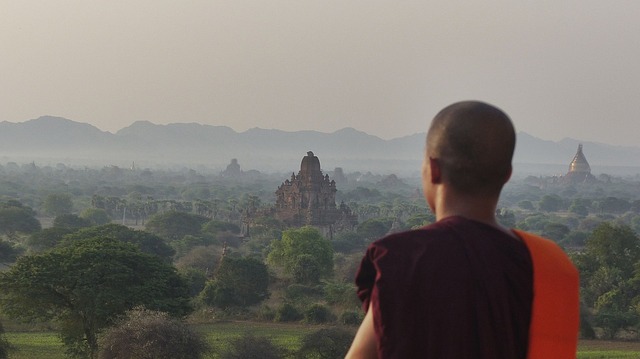 Built just like Ananda temple in terms of architectural plan and structure, the Dhammayangyi Temple is the widest temple in the Bagan region. It was constructed during the reign of King Narathu (1167-1170) who built this largest temple after killing his father Alaungsithu (built the 61m tallest temple Thatbyinnyu Temple) and elder brother to atone his sin. 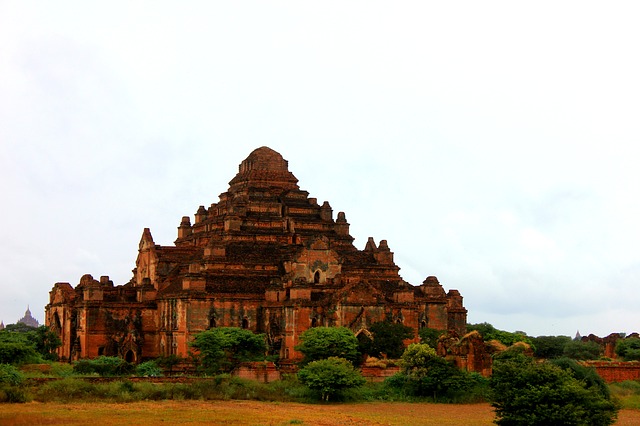 Besides there are other temples like Nanpaya temple, Bupaya Pagoda, Mingalazedi Pagoda, and Payathozu Temple among several others that add to the list of temples.

One of the best prehistoric sites in South East Asia, Bagan – The temple city of Myanmar not only depicts ancient monuments and heritages, but cross cultural relations that thrived between India and the rest of the world. It is a live example which signifies ancient India glory in a foreign land.

Facebook Comments Box
About Deepti Verma 324 Articles
Deepti Verma is a Political/Social Writer with an opinion on almost everything! Follow @universal_rover