In the serial Chandra Nandni, we have seen competition between two queens of Chandragupta Maurya to become Chief queen. The two Queens in picture are Helena and Nandini.

No, Durdhara didn’t take part in the competition as Dadi smartly sidelined her by saying she is a daughter of a trader so she cannot be a Chief Queen. However, no matter what the serial shows, in reality the Chief Queen of Chandragupta Maurya was Durdhara even if she was a commoner’s daughter.

Going by that logic of Dadi, now the question is, whether Helena and Nandini are deserving for the position? 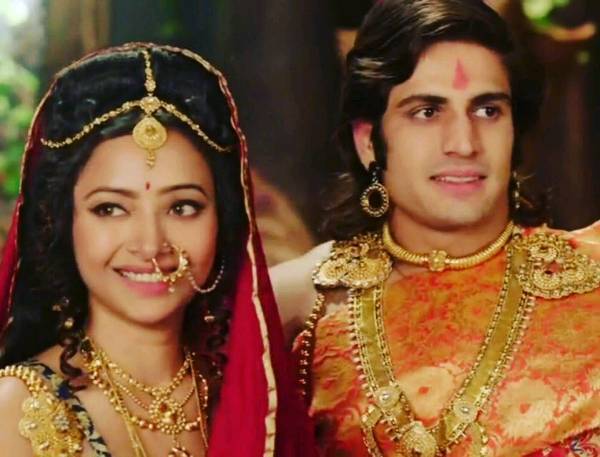 Helena Was The Daughter of Alexander’s General

On the other hand, Nandini had a complete royal background. After all, she was the daughter of a King who ruled Magadh state. So, unlike Helena she does have royal upbringing. However, she isn’t blue blooded as she is the daughter of a first generation king who was initially a barber.

So, don’t you think it is indeed partiality on behalf of Dadi and Chandragupta Maurya’s mother Mora to give so much love and attention only to Nandini (no matter what their reason is). One may argue that it is her good nature that is attracting Dadi and Moora.

However, that alone cannot make Nandini deserving to become the Chief Queen of Magadh. Besides, Nandini has always been a stern supporter of her father Nand who was nothing less than a terror to the Magadh citizens. As a kid, she had even threatened Moora when she raised her voice against the atrocities of Nand.

With such a background, do you really think Nandini is deserving to be the Chief Queen? If yes, please share your thoughts with us.