Chakravartin Samrat Chandragupta Maurya didn’t marry too many women in his life. In fact, post the death of his first wife Durdhara he remained unmarried for a long period of time until he married Selecus Nicator’s daughter Helena in his 40s.

Here we will share stories and facts on Durdhara – The Empress consort of Chandragupta Maurya based on religious texts: 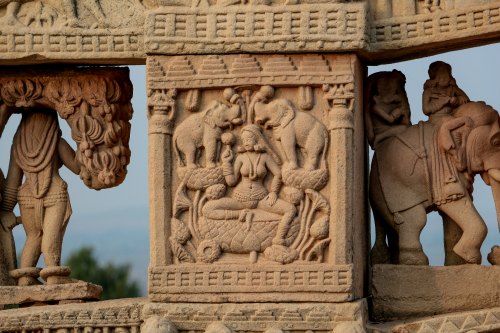 The Mother of Chandragupta Maurya’s Only Son Bindusara

Though nothing much is known about the queen, the texts confirm that she was the mother of Samrat Bindusara, the heir of the Mauryan lineage. The queen neither could see her son nor the son saw his mother as she died before she could give birth to her son Bindusar. The son was saved by Chanakya, Chandragupta Maurya’s guru in what we may call as the first cesarian operation.

According to Jain texts, Acharaya Chanakya used to mix small doses of poison in Chandragupta Maurya’s food to increase his immunity against poison as those days the Emperor was susceptible to various threats by enemies especially in the form of poison.

Unknown by the fact, one day, the Emperor shared his food with his pregnant wife Durdhara who was in the ninth month of her delivery. Not at all immune to the poisonous food, the empress collapsed immediately. Soon, Chanakya entered the room and in order to save the child as well as heir, he immediately cut open the empress’ belly and took the baby out of the womb. This is how the empress died by consuming poisonous food meant for her husband.