The effect of Demonetization on Indian economy has been debated extensively. The broad inferences elaborate that even though the ban on high denomination currency notes (Rs.500 and Rs. 1000) wipes out the stock of black money hoarded in cash (and not the creation of fresh stock of black money), the inconvenience caused to the economy and common man is proportionately much higher than the gains expected from this step.

The share of Rs. 500 and Rs. 1000 in cash circulation was quite high (as much as 86%). So, the sudden withdrawal of these currency notes without any prior notice has delivered a shock to the cash economy, especially the commercial transactions in the state. This in turn, has triggered a massive slowdown in almost all the economic activities.

There is shortage of cash in the last 20 days post the announcement on November 8. Only one fourth of the value of the banned currency notes have been restored through exchange of the old notes and withdrawals from the banks. Electronic payments has seen a sharp rise post demonetization, but it hardly meets the huge demand for cash in the Indian economy.

The Narendra Modi government has addressed to the national crisis by tweaking the ‘norms for exchange of currency notes’ to prevent misuse. However, the distress continues both in urban as well as rural India especially for small businesses, traders and farmers.

The Indian stock market is trembling as it exhibits the nervousness (which without any doubt is a sign of slowdown in corporate earnings), the GDP growth for the third quarter have already been scaled down by more than 2 percentage points.

This is the reason why any claim of “victory over black money” just by demonetization would be a hyperbole given the economic dislocation and inconvenience to the people caused by this measure.

Why Did the Government Target Black Money?

Black money was one of the three agendas of the  Narendra Modi government.  The other two were, terror funding with high denomination notes, and then  use of fake currency. But as KC Chakrabarty, the former deputy governor of RBI mentions, you do not throw away the entire bag of rice just to get rid of few stones and foreign particles in it. Instead, you assess the extent of weed and contamination through targeted attacks on sources of such terror funding and fake currency notes.

So, what was the BIG HURRY for the Government to declare demonetization now? 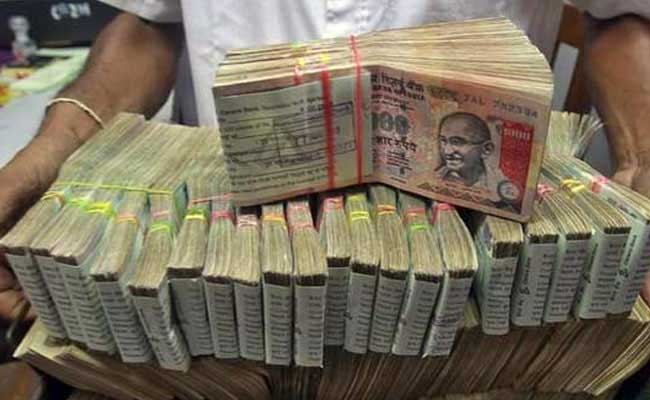 Well, the Narendra Modi government had 3 major electoral promises to fulfil – Development, Employment and removal of Black Money. So, in the mid term (after going through the progress reports), PM Modi and his team realized that the government’s report card on “development” is not that great. The second promise i.e. creating more employment too performed poorly and bounced back as the new pattern of economic growth doesn’t generate that many jobs as it used to create a decade ago.

That left the government with only one option – the third one, “Black Money”.  However, all the attempts to bring black money was stashed away in foreign nations. Even the step taken to allow residents to declare unaccounted wealth by paying tax at a penal rate didn’t help in unearthing black money.

So, when all these steps repelled and could hardly show the government’s effort to unleash an attack on black money, they were sure that something dramatic and bigger action was necessary to convince the voters that the government was serious about its vow to wash out black money from the system.

And now that there are major state assembly elections in 2017 including the fate decider UP Elections, followed by the 2019 Lok Sabha elections, the government decided to start their campaign against black money “right now” to acquire visibility and salience. Any delay further would not have been a wise political move.

After all, although the economic consequences of demonetization are manageable, the political consequences are not. They knew delaying any visible action to curb black money could be worse to the government politically.

This is just the start, in coming months, expect more such actions by the government that would be well packaged as a blow to black money – so what if the Indian economy slowdowns and drains down the gutter.

Facebook Comments
About Deepti Verma 302 Articles
Deepti Verma is a Political/Social Writer with an opinion on almost everything! Follow @universal_rover