This is a letter from Meenakshi S. Rao an ardent fan of Dosti Yaariyan Manmarziyan

This is a request from all of us belonging to a group on Facebook in the support campaign done for a youth centered serial Manmarziyan on Star Plus. 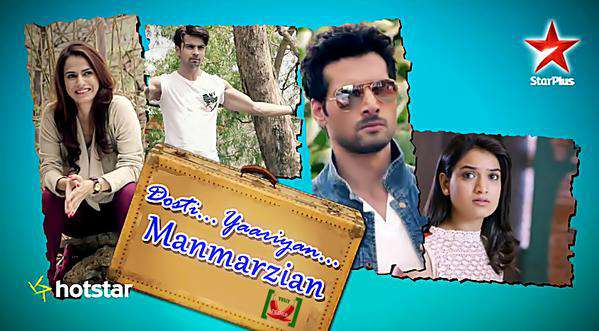 Suddenly, the creative team of Star Plus decided to take it ‘off Air’ as its TRP ratings are low. We, the fan followers from India and overseas went to the level of supporting it by filing a petition and also by trending #SaveManmarzian.

However, the response from Star Plus has not positive so far. We went to the extent of approaching many Women Empowerment groups for the support sending them mails. The MAIN FOUR CHARACTERS in the serial are doing their best in showing their acting talents and have ruled the hearts of millions of fan followers in India and overseas.

Why Star Plus, one of the richest channels is not able to answer some of the questions posed by a common man ?

Why does it want to deprive us from watching this youth oriented serial?

So on behalf of our group on FACEBOOK, I humbly request that some positive action will be taken regarding SAVING MANMARZIYAN.

Manmarziyan: Will Radhika Clear the Rift between her and Samaira?