A die-hard fan of Dosti Yaariyan Manmarziyan, Hash Sumithraarachchi‎ had written the below letter to Star Plus and even sent a copy of the same to Nationalviews.com

Fans of Dosti Yaariyan Manmarziyan are deeply affected by the recent news that you are pulling the plug on this show later this month. We were taken back by the sudden sad news. 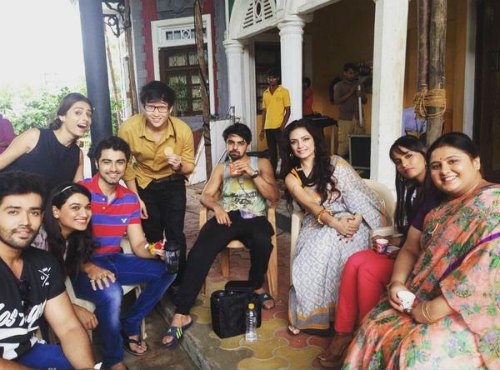 This show has great potential and is a fresh concept. I think even you must have realized by now, the audience of Manmarzian is the younger crowd. There is incredible support online, on social media and now a petition has been put forward against the cancellation.

This may be a small step and may not affect your management decision, however it is our responsibility to keep supporting our favourite show regardless of the situation at the moment.

So please, we ask you to consider your decision again, after reading the petition. We will send it to you once we reach the decided signatures on it are comments shared by fans.

We really hope you will be favourable in your response. We also hope to receive a personal response to this mail instead of an automated email.

Soon she received a mail from Star TV confirming the end.

Here is the mail which states Dosti Yaariyan Manmarziyan will be replaced by Sumit Sambhal Lega. 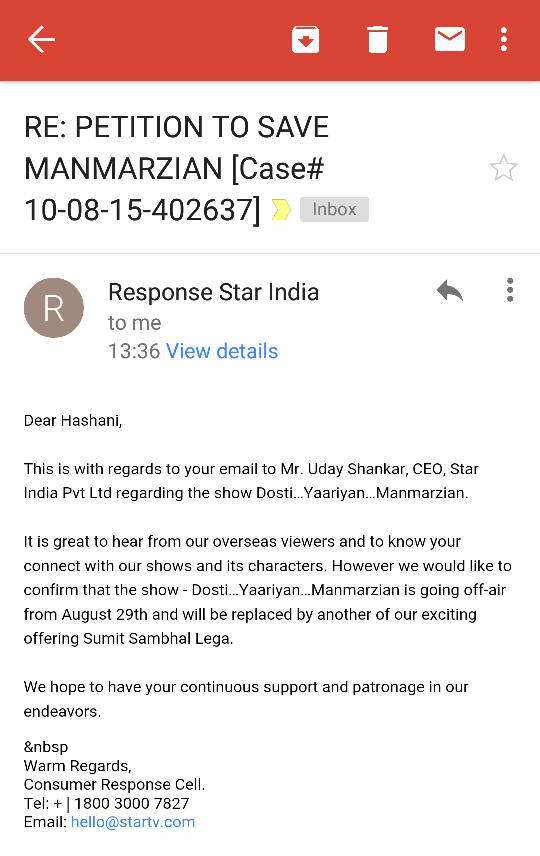