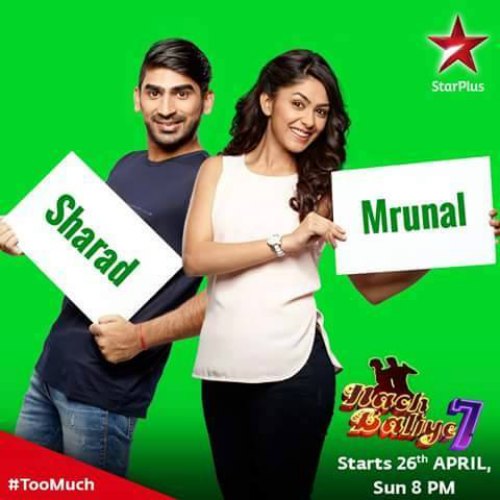 In the year 2005, Balaji Telefims announced a Talent Hunt for writers. This is the time when Sharad Chandra Tripathi left his hometown to get a chance to work in Balaji Telefilms as a writer. It was indeed a turning point for Sharad. Like you guessed it, he was selected in this Balaji Talent Hunt, and this is how he began writing with Balaji Telefilms’. He worked in Balaji from 2005 to 2009. In these four years, he wrote for various Balaji TV serials including the top shows Kasuati Zindagii Kay, Kaahani Ghar Ghar Ki and Kyunki Saas Bhi Kabhi Bahu Thi.

Though Sharad started his career as a screenplay writer, he later shifted to dialogues. He brushed his dialogue writing skills under Dheeraj Channa. Sharad is also a lyricist. He has written lyrics for various serials like Veera, Jaane Pehchane Se Hain Ye Ajnabi, Junnon, Bollywood Dreams and Tere Mere Sapne.  What’s more, Sharad has even penned down the anthem of Indian Military Para Force.

Love and Relationships is not his only niche, Sharad is also an experienced writer in other niches. He has written horror – Haunted Nights and Fear Files, and Comedy – Mrs. Pammi Pyarelal too. In addition, let me tell you he has two short films to boast about which he wrote for POGO Channel.

MBBS by Profession, Sharad Had a Passion for Writing

However, Sharad who always had a passion for writing decided that he won’t follow the trend. Soon, he came to Mumbai to follow his dreams.  It was a shock for his parents as they never wanted their doctor son to become a writer.

He Is Dating Mrunal Thakur – Bulbul of Kumkum Bhagya

The talented writer is now gearing up to shake his leg with his actor girlfriend Mrunal Thakur. Sharad and Mrunal are dating each other from quite some time now. Buzz is that the couple is often seen together in parties and gatherings. Their compatibility is quite apparent.

Now since the two are madly in love with each other, we hope to see some sizzling performance on the stage of Nach Baliye 7 this season. What’s more, this actor – writer Jodi is already practicing hard to give tough competition to other contestants. Looks like their love story will only bloom from hereon like other celebrity couples such as Ritwik and Asha, the Nach Baliye 6 winners!

Why Himmanshoo Malhotra and Amruta Khanvilkar Will Win Nach Baliye 7