India is the fourth ranked country as far as the PPP (purchasing power parity) is concerned. According to the U.S. report on Global Governance, India can be considered as the third most powerful superpower around the globe after the United States and China.  Foreign Capital can be considered  as transmission  of  many capital resources from the hi-tech nations to the upcoming countries to create a qualitative metamorphosis  in different economic structures.

Economic Reforms has moved on through two different phases: 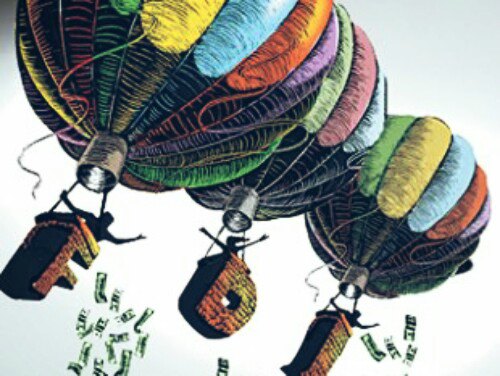 In order to give greater velocity to the private sector, a number of amendments in the policy were made in context to industrial licensing, EXIM policy, technology upliftment, fiscal policy,LPG and so on.  All these changes were executed to create a congenial climate for private sector so that private sector investment  would create rapid modernization and globalization.

Economic reforms during the governance of Rajiv Gandhi Ji  couldn’t yield  the desired outcome. Subsequently, the country also suffered from a serious BoP crisis. Of course, the World Bank and the IMF came to help India during that point in time.The  economy was back on track.

The main objective behind the research is to examine the FDI inflow, its trend , growth & link up with GDP during the period of 2010-2016.

Many a studies, have been made in this particular field of research.

Devajit (2012) made a study to trace out the repercussion of foreign direct investments on Indian economy and found out that Foreign Direct Investment (FDI) is a must for sustainable development in different sectors like healthcare, education, R&D.

Sharma Reetu and Khurana Nikita (2013) made a critical study on the sector-wise distribution of FDI during post-liberalization period and enunciated the various negativities about the foreign direct investment and suggested many recommendations to combat them.

Some of the recent developments through GoI are illustrated below:

Japan will construct India’s first superfast bullet train by offering a loan of US$ 8.11 billion for the same.

Chinese cell phone manufacturer, Coolpad Group Ltd. will be investing US$ 300 million in order to start up a R&D centre India by 2017.

Amazon India expanded its supply chain management system to more than 2,100 cities and towns in 2015.

The Indian government has redesigned the FDI policy related to infra and construction.

India will provide most favored nation (MFN) treatment to 15 different countries which are in dialogue with us.

Thus we can conclude that the nation will witness a smart format if FDI happens in many sectors especially in retail.