In the Indian Diaspora of post-modern times, both Indian tourism and Indian hospitality are playing quite an elucidative role in the development space of Indian subcontinent for the past so many years. In the FY 2015-16, it has contributed approximately 295.7 billion USD or 19.2% to the GDP, & is growing at the rate of  8.9 % per year. 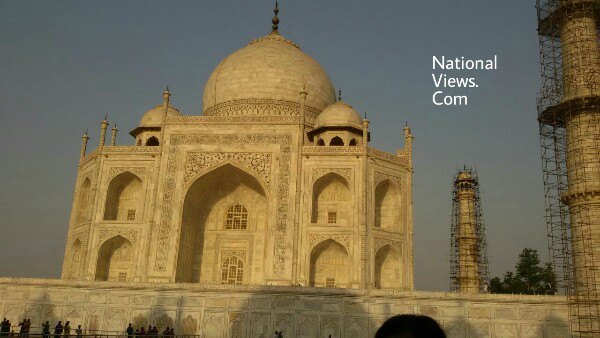 During 2000- 2016, it is among the most favoured sectors of India to draw the highest FDI, the hotel and tourism sector got an investment of  around 9.23 billion USD. As far as the hi-tech global tourists are concerned, India is able to draw a great mass from across the globe due its rich culture, flamboyant history, scintillating beaches, magnificent religious places, resorts, music, love & hospitality, folk songs, global fairs ,waterfronts, hill stations ,jungles etc .

Moreover, it is a cult for every India to follow the old concept of “Atithi Devo Bhava”i.e. Guest is Supreme. But due to cross-border terrorism, unplanned travel, natural disasters etc. the backbone of the industry has suffered a lot in recent past. Since tourism is one of the finest accelerating industries of the globe, we need to have a concrete documented visionary plan or blue-print of Indian chapter to create a benchmark around the world. Due to its rich flora and fauna, our motherland has naturally got a brand vantage over others in Asia.

Apart from this the domestic travel agencies, state of art hotels, cool airlines etc. have united India with the rest part of the universe & unified diversity playing a dynamic role amidst all pomp and grandeur. The greatest part is India has never invaded any nation in the past. That shows Indians are not intolerable by birth.

The Tourism Advisory Board, Indian Tourism Development Corporation, Club Mahindra, Cox & Kings are some of game changers   who are making a massive campaign over different social media to give the customers an international delight in the terrain. The sailing, scuba diving and river rafting at Goa, skiing and mountaineering of Kashmir, the synergy of houseboats in Kerala are major unique selling propositions for affluent mall classes to buy tourism packages which offer kids workshop, safari, nature walks, evening entertainment, and camping with relishing authentic local cuisines by master chefs to cater to the holiday needs.

It will be mentioning the impact of the never before  sales and marketing initiation “Incredible India” ,reengineered by  Sri V. Sunil and Mr. Amitabh Kant. In 2002, it was launched & became an international buzzword for brand building and has shown a quantum growth as well as able to attract massive footfalls due to media hype. The railway stations & airport terminals are now displaying lots of information regarding many awe-inspiring tourism-points .With the advent of Digital India, M-Commerce and smart phones, India has become a hub of medical tourism due its well-qualified doctors and rare art of Naturopathy.

According to DIPP, Indian Tourism will be witnessing the following investment options in this global village.

Let there be an enlightenment in this mundane earth to allure global investors for Indian tourism to flourish.

8 Offbeat Travel Destinations in India For NRIs to Explore!