Goa, Kashmir, Jaipur and Kerala is not the only place to set on a travel sojourn when you are finally planning your most awaited trip back home. They are surely one of those destinations with million of experiences. However, with thousands of Indians and foreigners rushing to these places time and again, chances are you will neither satiate your souls nor will have one heck of an experience.

For a change how about encountering temple remains that exists right from the times of Egyptian Pharaohs? Skiing in the crest of gigantic Himalayas as you witness the 270 degree view of the snow cladded mountains? Trekking and wandering through the clouds in the place full of caves from where the Pandavas escaped during their exile? Besides, how about a Teesta River Rafting in Sikkim, the last Himalyan Shangri-las or losing yourself in the scenic and virgin beaches of India?

Sounds fun? Let’s have a quick navigation of some PEPPY offbeat Travel destinations in the majestic India exclusive for NRIs!

On the way towards Badrinath in the Land of the Gods there lies a place called Auli or Bugyal situated at an altitude of 2500 metres. Fully covered with snow throughout the year, Auli makes the perfect destination for the fun and frolics interested in skiing in the slopes of the snow-capped Himalayan ranges! 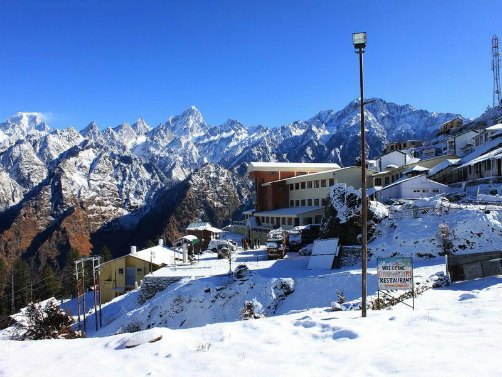 Auli also have Asia’s longest cable car (Air Lift) approximately 4 km from which you can view the panoramic oaks, deodar and coniferous forests along with the lofty peaks of the Himalayan range. No wonder a step in this serene and tranquil land will make you realize why the sadhus and monks preferred the Himalayas for their meditation! 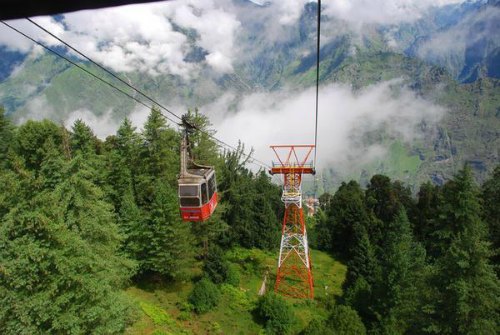 With clear turquoise water, clean white sands, coral reefs, Minicoy or Maliku, the crescent-shaped island of Lakshwadeep is one of the most ‘must visit’ place for all the bag packers. Referred as “female island” by Marco Polo, the island is actually more closer to Maldives than Lakshwadeep. 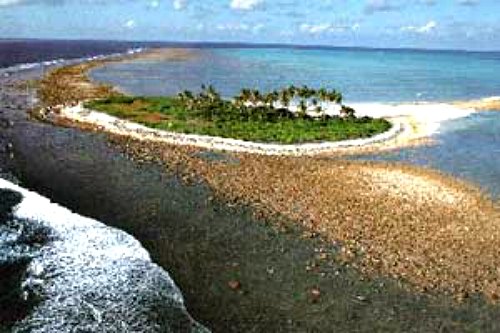 The shallow and long lagoons make the island not just perfect for Kayaking but also for scuba diving and snorkeling. Watch colorful fishes, different types of turtles, sponges, corals and giant clams, or alternatively, you can also take a Glass bottom boat ride to catch a glimpse of the tranquil underwater territory.

Hampi, Karnataka – For the Love of Travel, Art, HISTORY & CULTURE

Hardly 330 km from Goa, Hampi in Karnataka is slowly being discovered by the wanderers or the backpackers who are often known for travelling the lesser known routes. An UNESCO site, Hampi takes you into the chronicles of the past where you get to witness the grandeur of Vijayanagar empire – where the kings travelled on the elephants adorned with jewelry and the gods crafted the magnificent temples perfectly. 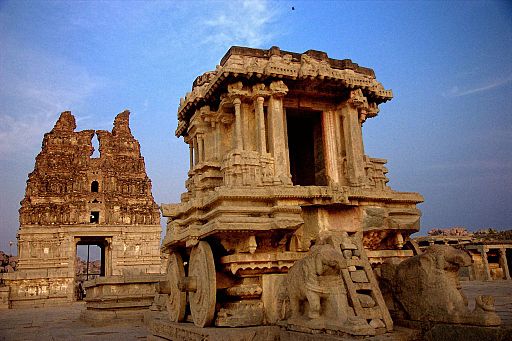 Image Source: By Apadegal (Own work) via Wikimedia Commons

Situated on the banks of the Tungabhadra river, this temple complex with ancient palaces has become the hippie hotspot after Goa is plunged with tourists. From Europeans to Israel soldiers who have taken a sabbatical from their military duty, you’ll find them all enjoying the peaceful milieu of this fantastico place called Hampi! Let it be your destination next time and yes, do not miss to take back the souvenir from this historical Indian place.

Teesta River, Sikkim – One of the Best Offbeat Travel Destinations for the Peppy Travellers!

Want to add some fizz in your trip to India? Well, then you surely cannot miss white river rafting in the crystal, icy blue and clear water of the turbulent River Teesta which originates at an altitude of 17500 ft in the North  Sikkim. 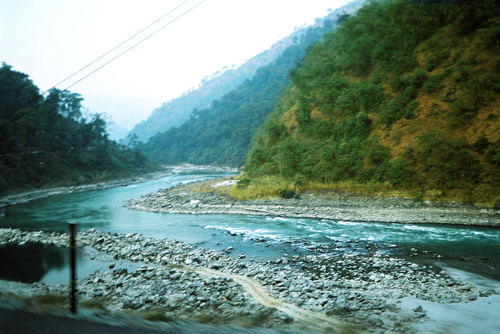 Formulated for both swimmers as well as non-swimmers, the journey of the river rafting takes you both from the low levels of water to the high levels as you move through the foaming water witnessing scenic valleys, colorful fishes, panoramic vegetation and landscape to enjoy a life time experience. Rafting along with camping in the mountain overnight is ought to feel like a hardcore adventure enthusiast. If you wish for a fantastico trip, NRIs do indulge in these activities.

Eager to reach one of the highest lakes of the world? Well, how about setting your foot in Gurudogmar Lake after your stint in the Teesta river? Yes, Gurudogmar Lake is situated at the height of 5200 metre and is always partially frozen during the winters – making it a breath taking sight for all you people bitten by the bug of “selfie”. 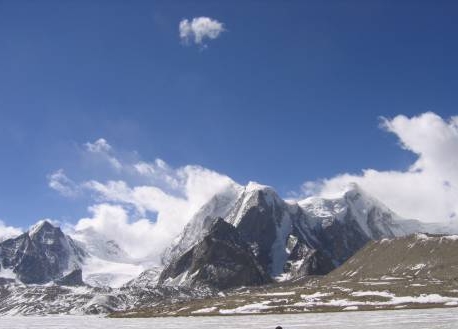 Considered very sacred, it is said that a portion of the lake never freezes from centuries since it was blessed by the Sikh Guru – Guru Nanak Dev himself. Hardly 5 km from the Chinese border, it is said that Guruji visited the place during his voyage to Tibet and China. You can also pay homage to the historic Gurudongmaar Sahib Ji Gurudwara and check for yourself Guru’s kamandal, robe and footprints in the Lachen monastery.

Spiti Valley, Himachal Pradesh – Travelling in a Virgin Place Has Its Own Pleasure

This is one of the most unexplored and purely virgin place of Himachal Pradesh located in the eastern side of the state. The reason? Well, the terrain of this valley is really difficult and in winter the places becomes almost isolated. 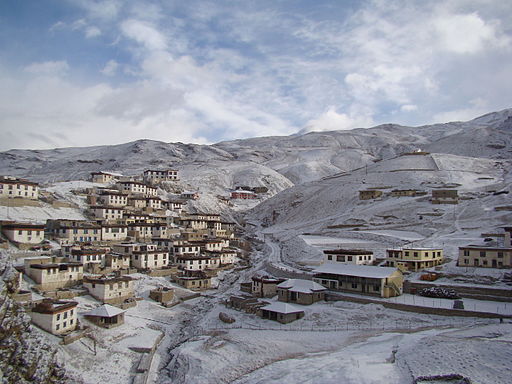 So, the natural beauty of this gorgeous desert valley remains untouched throughout the year. Spiti Valley is well known for the number of monasteries it engulfs, out of which the most prominent is the Ki Monastery built in the 14th century in the Chinese style.

Sandakphu, West Bengal – Close to the Mountains and Peaks!

Situated at the edge of Darjeeling and Sikkim, Sandakphu is the highest peak in West Bengal. From its summit you can view 4 out of the 5 highest peaks in the world – Everest, Makalu, Lhotse and Kangchenjunga. 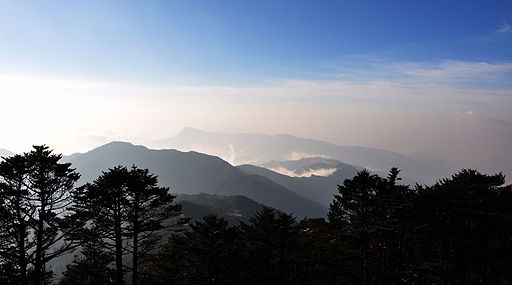 For all the photographers and backpackers who would love to experience a ride up the snowy valley, this is the route to go while trekking from Darjelling to all the way till Sikkim. Sandakfu meaning ‘Height of the Poison Plant’ finds its name from a poisonous aconite plant which grows near this peak.

Gokarna, Karnataka – Because Goa is Too Mainstream!

Beach lovers looking out a place for all the fun to catch up with some old friends and mates shouldn’t miss out Gokarna, especially, if you are of the opinion that Goa is too commercialized now! 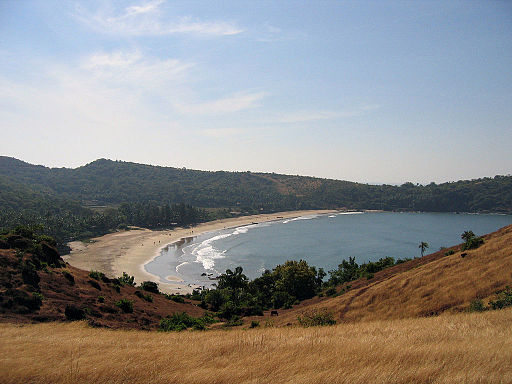 Plan a weekend trip to Gokarna in Uttar Kannada, reach Om beach, walk down to the nearest Kuddle beach and get mesmerized in the quiet tranquil beach as you sip some beer in the company of your buddies. Expect some hippie having their “Me and myself” moment. In the evening, make sure you don’t miss to capture the scenic sunset behind your DSLR!

NRIs, do plan your trip to these fantastico offbeat Travel destinations, explore the virgin land, know the unknown culture, taste some authentic food and head back to your place with fond memories of the surreal and majestic India!

Ancient Hindu Temples in Pakistan One Should Know About!

Solo Woman Traveller : 5 Tips You Need to Know if You Plan to Travel by a Bus

10 Tips To Ensure A Safe Travel This Diwali