Everybody is angry on Gau Rakshaks these days for beating and threatening Dalits including Narendra Modi and RSS. Condemning the Una incident, Narendra Modi in two of his speeches even termed these gau rakshaks as fake.

Though Narendra Modi, BJP and even RSS has condemned these attacks, the political cartoonist couldn’t stop themselves from sketching the entire story with their pen.

Here we share the entire story of Cow, and cow protectors through India’s finest political cartoonists: 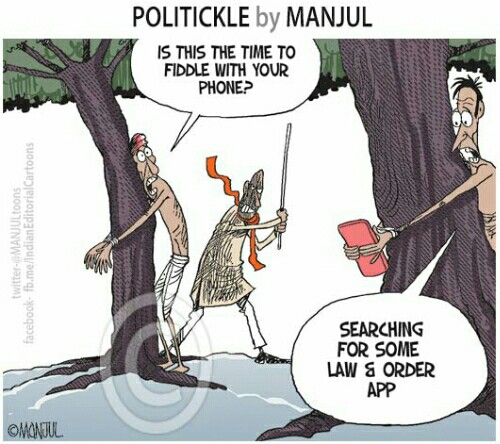 If You Want to Shoot Anyone, Shoot Me, Not My Dalit Brothers ~ Narendra Modi 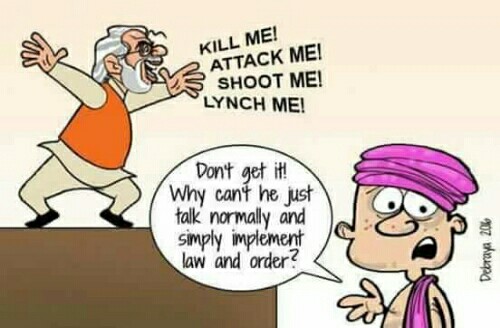 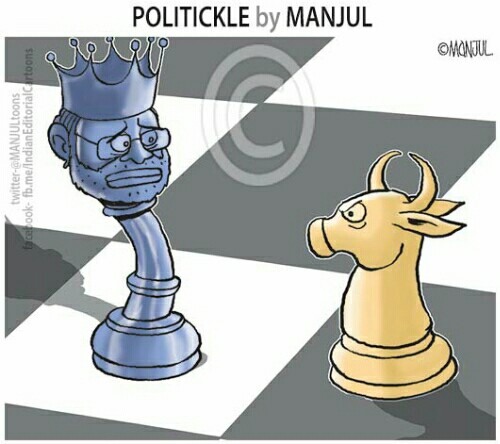 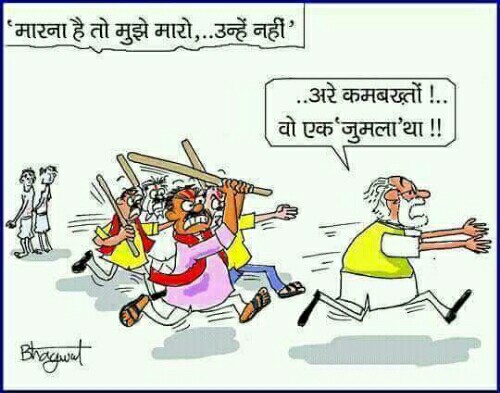 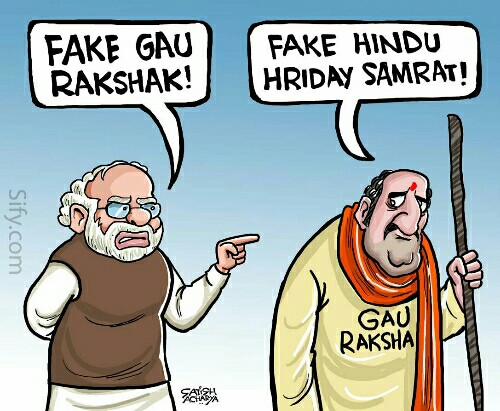 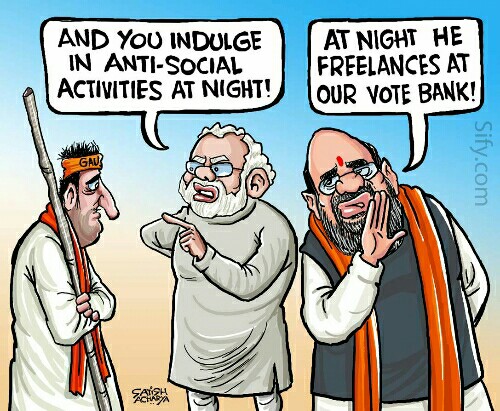 Ahead of the UP Elections 2017, both, Narendra Modi and BJP aren’t in a mood to agitate the already agitated Dalits who have been protesting against him all over Gujarat. 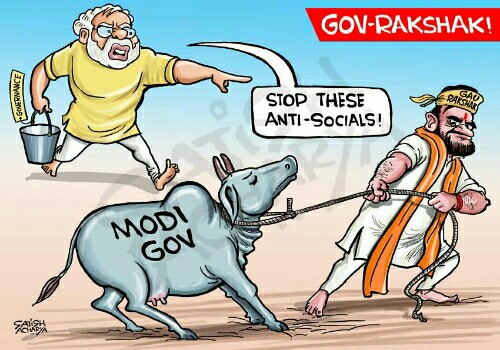 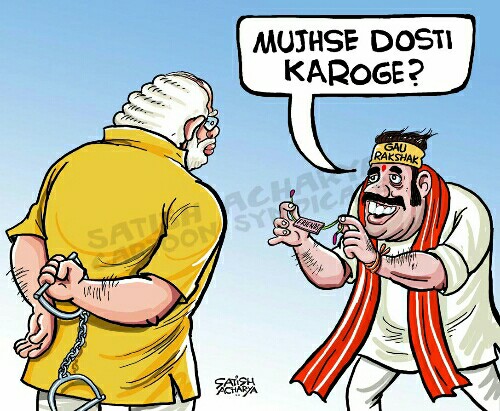 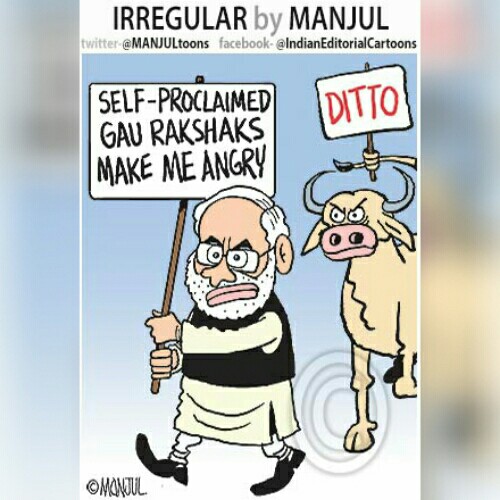 Though he said nothing during the Dadri lynching episode where a man was killed by these so called cow protectors. 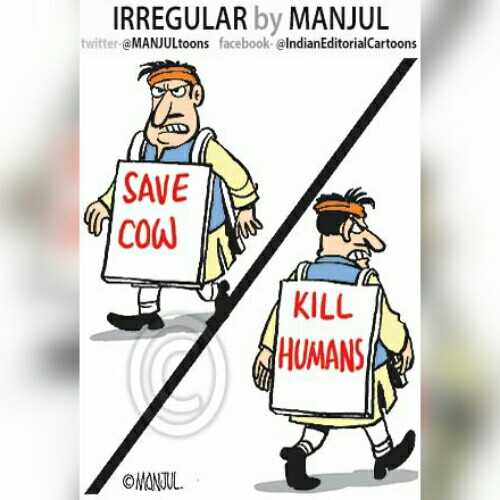 Change in Revolution: Then and Now 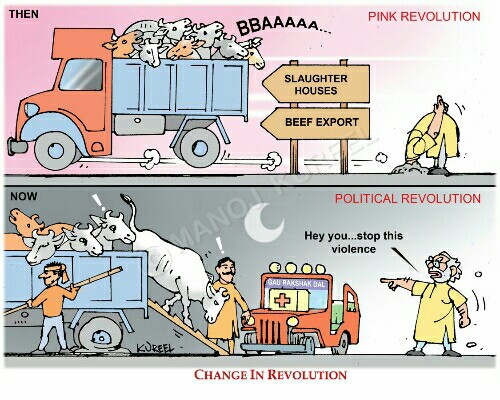 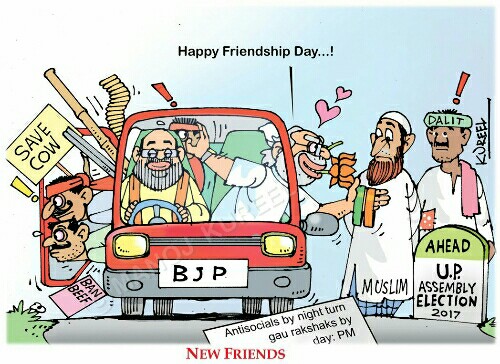 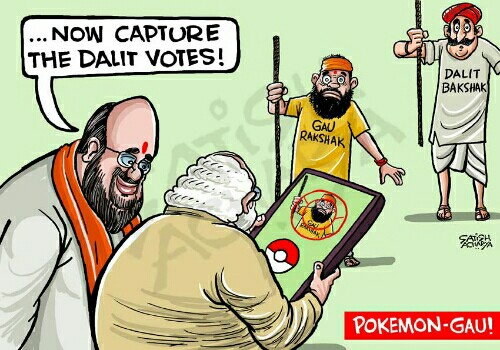 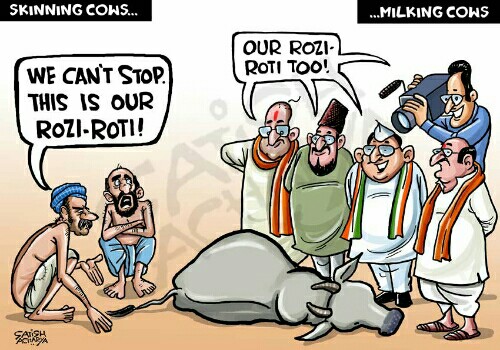 Meanwhile, the Cows at the Gau Shala

All the gau rakshak have failed to protect the cows that have been dying in the government gau shalas across India while they scare the Dalits for skinning the dead cows in Gujarat’s Una district. 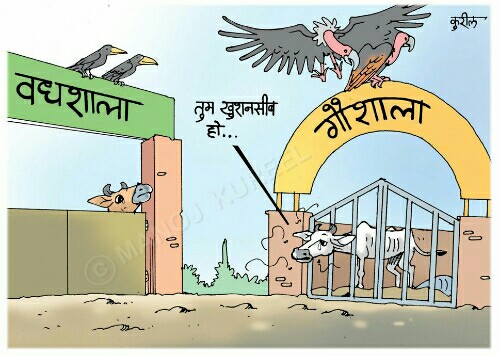 5 Reasons Why Anandiben Patel Chose Social Media to Resign From Her CM Post!