Every day in every walks of life we have come across women who have been abused, stalked, molested or groped, and I am not even talking about the acid attacks which are a norm and rapes which are going on like an epidemic. And yet we still question whether India is safe for women? 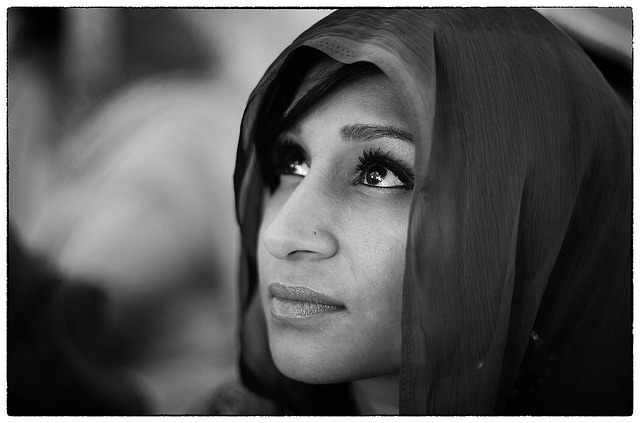 Is it because we are living in a state of denial?

A recent survey went on to say that India is the #1 unsafe country in the world, for women. And what we have done is outrightly reject the survey.

No, I am not supporting the survey here. I think all surveys are stupid as their sample sizes cannot take into consideration the extreme diversity of Indian demographics. This survey might be wrong, but the issue definitely isn’t.

Will rubbishing the survey suddenly mean that India becomes safe for women? I highly doubt that. Especially when the common Indian psyche has yet to come to terms with women being free willed and having an opinion of their own, forget about her being an independent human being.

When a woman is abused on social media, our first question is “What did she do?”

When a woman is groped in a bus, we say, “Crowded bus mein log chance to maarenge hi na”

When a woman is molested on the roads, we say, “Who told her to go out alone on the streets?”

When a woman is raped, we ask, “What was she wearing?”

In every case there is a subconscious attempt to somehow blame the victim, find a “reason” to the actions of the man and send a cautionary out to the girl, instead.

We do not realise that when we are doing this we are actually, in a way, justifying these dastardly acts of the men.

And I am talking about normal people like you and me and not about politicians, who have their chair to defend. I cant expect anything better from them.

There is not a single woman who hasn’t faced some sort of harassment in her life and yet instead of standing unequivocally for Women’s Safety, we give lame excuses of how 1 out of 100 women is actually taking advantage of the laws, we talk about the statistics of which ranking India might actually have as an Unsafe Country, while we completely push the issue under the rug with a sweeping, “Yes I agree with all that but…what about…”

Personally, I feel that more than the crime itself, the response to the crime is more important. Rapes will never be eliminated. Crimes against women will happen. But they can be greatly reduced if only we accept the problem and take it head on.

Rather than statistics and rankings it is high time we stop living in a mode of denial and accept that there is a problem.

We live in a country where majority of the crimes against women do not even get reported. If they are reported, the Cops try to discourage the woman from making a complaint because it shoots up their graphs. If the complaint is filed, it is the victim who gets shamed rather than the culprit. Even if justice is served, the woman’s life has by then become hell and the woman is treated almost like a social outcast, for no mistake of hers.

And we are all to blame in this for not doing our bit.

Lets stop asking “Is India Safe For Women?” and Lets start asking “How can we make India Safer for women?”

This article was first published by Darshan Mondkar on his Facebook timeline.

Disclaimer: The Ranking Survey Report is as stupid as it was in 2013, when India ranked #4 as an Unsafe Country, when Modi and his team were in opposition and were busy tweeting and retweeting the same survey report that they are now discarding and rubbishing.