In the serial Ishqbaaz, Anika who has lost her memory have realized that though Shivaay is her husband (pati parmeshwar), he is the father of Tia’s baby.

This is shocking to her because she doesn’t remember anything. She thinks Shivaay Singh Oberoi had to do all this thing as she couldn’t give him a child. She thinks she is Baanjh – the one who cannot conceive. This makes her sad. However, she has no idea that there is yet another surprise waiting for her. 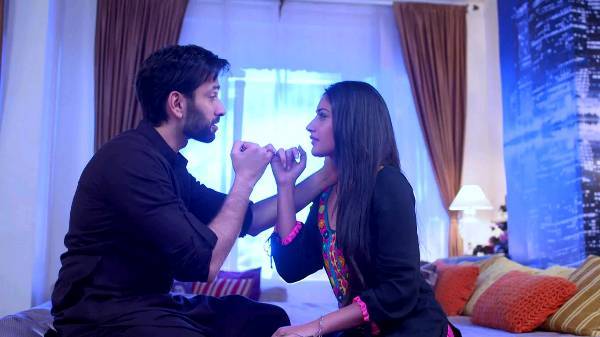 According to Ishqbaaz latest gossip, Mrs. Kapoor in front of everybody will tell Shivaay to give divorce to Anika as soon as possible. Anika will hear this and will be shocked to know that both Shivaay and her, have already signed the divorce papers.

Mrs. Kapoor without caring that Anika is present will tell Shivaay that since Anika’s mental condition is not stable, the process of divorce can speeden up. She will then warn Shivaay to marry Tia soon as soon the divorce thing is over.

Now though Anika will be shocked, looking at the situation, she will ask Shivaay to marry Tia as she is the mother of his unborn child. Yes, Anika will decide to let go Shivaay forever by sacrificing her love.

Meanwhile, Swetlana and Tia will be happy that everything is going according to their plan. They are already happy that Anika, the biggest thorn of their life is actually now their puppet.

Though we are still not sure whether or not Anika has lost her memory, somehow we feel that whatever she is doing will eventually go in a right direction in the end. Let’s see will Shivaay marry Tia or will he finally confess his love for Anika?