Everything seems to be going in the wrong direction in the serial Ishqbaaz as Tia is conspiring against Shivaay, and Anika is still not able to catch her red handed. 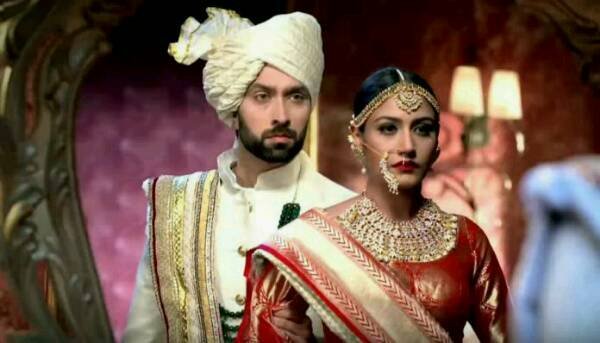 Besides, now that the DNA test prove that Shivaay Singh Oberoi is the father of Tia’s unborn child, Shivaay finally decides to give divorce to Anika according to Ishqbaaz spoiler.

Tia, Tia’s mom and Pinky – all three are forcing Shivaay to divorce Anika and marry Tia as soon as possible. Mrs. Kapoor even blackmails to expose his family secret if doesn’t do so. This makes Shivaay sign the divorce papers.

Now that he doesn’t want Anika to be in trouble, he forces her to sign the papers as well. However, Shivaay has a plan.

Ishqbaaz Spoiler: Shivaay Has a Hidden Motive Behind Signing the Papers

Though Anika feels that Shivaay is hiding something from her. She isn’t sure what it is. It seems that Shivaay too wants to get into the whole thing to keep a watch on Tia as he too doesn’t believe the whole pregnancy drama.

5 Reasons Why We Want to See Shivaay Singh Oberoi & Anika as Couple asap!

However, before the manager can complete his sentence, Shivaay stops him from saying anything further. This means he definitely has some plans.

Let us see what the show now has to offer –