In an era where even the crappiest movies are glossily packaged and over-marketed, Kapoor and Sons reversed the trend. No wonder, the Bollywood movie manages to surprise with its refreshingly understated brilliance, both in terms of content and execution. Probably the best film to come out from Dharma Production ever, this one packs a punch solid in your heart that makes your eyes brim, stomach churn and leaves you behind with an introspective mind.

The film weaves a contemporary tale of a family against the beautiful country setting of the Nilgiri hills. The lush green country setting poises as a perfect contrast backdrop to the human drama that unfolds – almost singularly being there for each of the characters who somewhere are lost and waiting to be found. 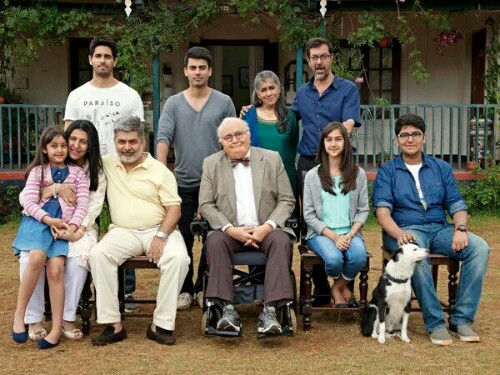 It revolves around a family – where the patriarch in the form of a 90 year old man, dreams of a happy family portrait with his sons, daughter-in-laws and grand children. Alas, the cracks in the family portrait were wide enough to barely make it a happy family. Read in a few reviews that the film is about a dysfunctional family which is not the case – the story, the characters in it are present somewhere right in the middle of any of any Indian family – their underlying pain, the lies, the untold secrets and most importantly longing for love and acceptance is very familiar terrain.

The little moments of joy occasionally hides the deep rooted pain within. There are multiple layers to the narrative – beautifully juxtaposed with each other. Each character has its own share of imperfection. While seeking acceptance in each other’s eyes, what made them endearing was that their heart was at the right place. Each of the characters has been fleshed out well and there is an inherent honesty about it. The film gets elevated by solid writing and the screenplay grows on you with each passing moment.

Kapoor and Sons : Warm The Cockles of One’s Heart

It brilliantly captures the nuances of the relationship that are present in any family and the ones not often spoken about – the troubled relationship between the perfect and the imperfect son, owing to parent’s preferential treatment and their perception of each other. It is ironic that while they fight against each other, they actually are fighting their lone battle and secretly wishing to step into other’s shoes. And then of course, there is mismatch or unfulfilled expectations of a matured couple.

The conversations are so real, as if they were lifted straight from our drawing rooms. There are several moments in the film where silence has been used as a powerful tool to communicate. 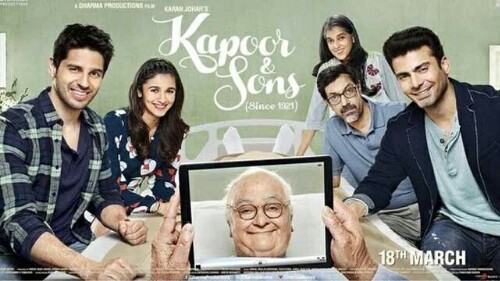 The film boasts of several moments which are truly gem – That moment of truth when Rahul (played by Fawad Khan) asks his mother (played by Ratna Pathak Shah), what has hurt her more – his lie or his truth or when Arjun (played by Sidharth Malhotra) finds out who is the real villain of his film. The film has several breathtaking heart breaking moments that gives you goosebumps. The scenes are so subtle, not once you feel an iota of melodrama.

The film also bring fore the point often how we struggle to communicate our inner feelings to our closest ones in the fear to lose them.

The film would have been dark and intense, without the beautiful outsider in form of Tia (played by Alia Bhatt), who comes as a breath of fresh air, infusing much needed joyous moments in the narrative. 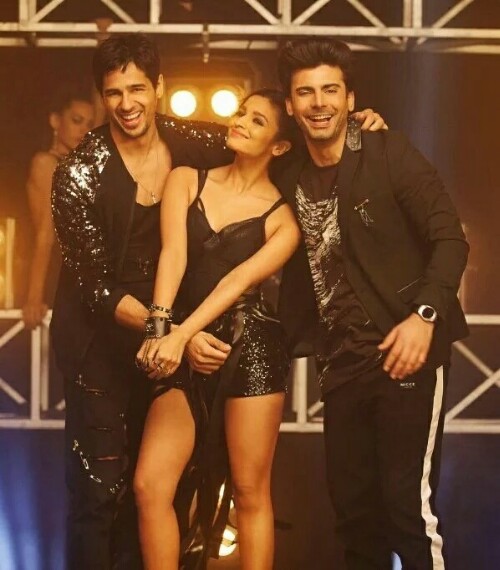 Along with Rishi Kapoor, who plays the patriarch in the film, the youngest female lead, manages to convince the audience that pain can evaporate, and our world can be a happy place to live in.

The light moments in the film lends a fine balance, making it immensely watchable. The film also tries to break few stereo types be it in form of characterization of a young beautiful girl managing her own property business or trying to make the closet relationships mainstream.

Kapoor and Sons’ whole picturesque English setting exudes an old charm with a tremendous sense of nostalgia almost taking me back to the Bengali art movies while the contemporary stylish dressing of the lead reminds the audience that it is a contemporary tale, relevant to today’s times. The brilliant choreography and soothing music just added right amount of the substance to this gripping tale. One special mention, for the date scene shot at the graveyard, which was truly ethereal. 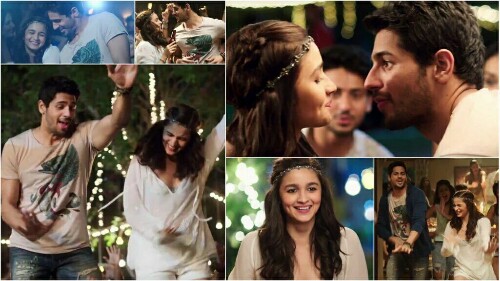 Kapoor And Sons Leaves a High Benchmark for Family Dramas

Any character, any plot or any screenplay is ultimately brought to life by its actors, and in this case we are spoilt of choice. All lead actors including the character artists perform par excellence to ensure the film becomes truly a memorable one.

To my mind Ratna Pathak Shah is the best of the lot, especially the scenes with her sons are easily the best scenes of movie. Rishi Kapoor is the live-wire of the film and despite the heavy make-up evokes genuine laughter. Rajat Kapoor once again beautifully underplays his character. Stellar cameos by the supporting cast. 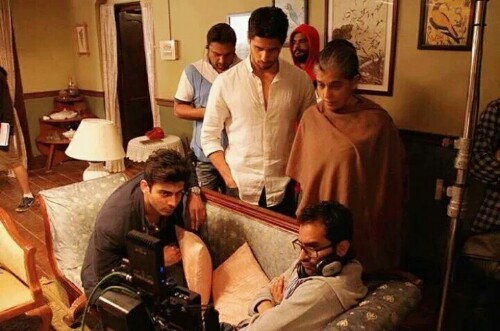 Kapoor and Sons is blessed with an extra-ordinarily good looking cast in the lead. The challenge then remains to entice the audience beyond the good looks. Sidharth Malhotra, in the role of wronged son, pitches a powerful performance that surpasses his near perfect look, to make the audience sit back and take a note. Be it scenes with his family or the girl in his life, he emotes volumes through his eyes. 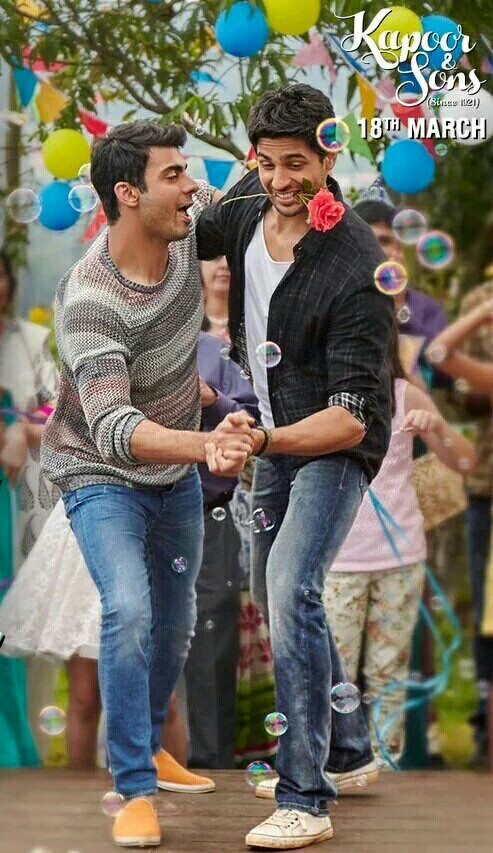 This is the first Fawad Khan movie I have watched. Always wondered why even the most rationale woman I know was crazy about him. Guess the answer lies somewhere in the fact, that he is the man who exudes class in his mannerism and an unmatched intensity with aplomb. Pretty much like the role he plays. He acts with élan and lends grace to probably the most challenging character in the film. In calmness and anger, he breathes power.

Not an author backed role, yet Alia Bhatt manages to scorch the screen each time. She is as real as it can get. Literally she sleep walks the role, effortless and you wonder as an audience what a natural actor she is – one can watch her for hours without getting bored. Be it being drunk, being funny or overcoming her own tragedy – the ease with each she performs is sheer joy. Every time she is on screen, it is illuminated by her effervescence smile.

One of the rare films where the screenplay and the director ultimately remains the real hero of the film for putting up a craft that is wonderful, emotional and yet fun. At 2 hours, 20 minutes, the film doesn’t look long. You know this Bollywood film is one for the keeps, when the characters and scenes linger in your heart and mind, long after the title has rolled.

Sexual Fluidity : Because It Is Not As Simple As Gay or Straight!

LGBT Rights – Why Should It Be a Crime to Love Someone?