If you have watched Sacred Games or are currently watching it, you would be quite familiar with ‘kukko ka jaddu’. The transgender cabaret dancer is one of the pivotal characters of the flashback and Kubra Sait who played Kukkoo onscreen has done a commendable job to bring such a complex character to life, given the fact that there is no mention of Kukkoo in the novel. 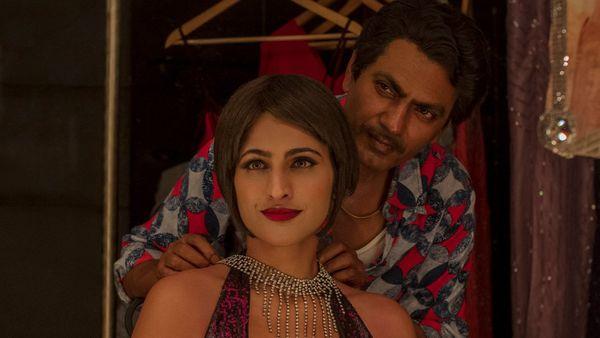 Here we share everything about Kubra Sait, the actress who gave full justice to the Kukkoo of Sacred Games

35-year-old Kubra Sait is from Bangalore and Worked in Microsoft, Dubai

Kubra was born on July 24, 1983 in Bangalore. She did her schooling in Bangalore and later studied Marketing and Finance from National Institute of Management and Informatic Sciences, Bangalore. Post her completion, she reportedly moved to Dubai in 2005. Her first job was in marketing where she was supposed to sell cookies. 2 years later she was in Microsoft.

Kubra Hosted Her First Show When she was 13

A prominent anchor today known for anchoring several shows including Star Sports Pro Kabaddi, her journey of anchoring started when she was merely 13. Well, she got an opportunity to host for the Padmashree Institute of Physiotherapy to felicitate doctors throughout the state.

Though She Is Considered Asia’s Most Prolific Public Speaker, Going on Stage Seemed Difficult to Her

As a kid, Kubra was introvert and so it seemed almost impossible for her to go on stage and speak. Besides, she was also bullied which made her even more nervous. However, her mother’s encouragement and motivation could help her get out of the phobia and regain her confidence. On the records, she has hosted various prestigious awards in around 30 countries and has got the renowned India’s Best Female Emcee Award in 2013.

Before making her grand presence in Sacred Games, she was acknowledged for her role in Sultan film. However, this wasn’t her first Bollywood film. She started acting in 2011. Her first film was Salman Khan starrer Ready.

Kubra is an achiever already. She has multiple awards in her kitty including IAA Leadership award and IAA Crown Award. Something quite interesting is the fact that she won the title of Miss Personality in 2009’s Miss India Worldwide Beauty Pageant.

Also Read: Everything You Wanted to know about Elnaaz Nourouzi – The Zoya Mirza of Sacred Games

Oh yea, she was very much part of #GoingViral on Amazon Prime Video and also appeared in a 2-part mini series titled Thank God for Friends. Besides web series, she has been a part of many commercials including Airtel, Big Bazaar and TVS Wego.

Elnaaz Norouzi is a Kommune Storyteller and a TEDx Speaker

I recognize Kubra not from her films or web series but from her poems and storytelling videos on Kommune India. You should listen too – “Custard, Cuddles and Catastrophe” and “Farewell, My Father” at Spoken Fest 2017. She also spoke at TEDx Bangalore titled The Journey to being paid to talk.

Her younger brother Danish Sait is a radio jockey at Fever 104FM known for his pranks. She is very close to her brother. Her mother Yasmin is her manager. She manages both the work of her children. Kubra’s parents are divorced.

She won’t be seen in Sacred Games part 2 but she will been seen in Zoya Akhtar’s upcoming film Gully with Alia Bhatt and Ranveer Singh.

Eager to know more about the other supporting characters of Sacred Games? Well, check out – Sacred Games Cast