This has been a concept often used by marketing people who try and target the kids as their primary audience for selling their product.

But, what happens when it is the Administration which starts targeting young kids to sell their political propaganda and religious agendas??

Surprised?? But this is exactly what is happening.

A well known CBSE school in Bangalore (name withheld deliberately), one of the top 5 private schools there, appears to be peddling the Political and Religious Agenda of one particular Political Party to their kids, as young as 10 years old.

The subject is SST (Social Sciences) and the Textbook being recommended by the school is “Getting Ahead” written by Abha Sahgal and Sushmita Malik, printed by Orient BlackSwan Publications.

While most of the book is quite okay albeit debatable, the fun starts when you reach the weblinks given for the kids to refer to.

The prominent Weblink being http://www.freeindia.org/biographies which is supposed to direct you to the stories of some of the great Indian people. 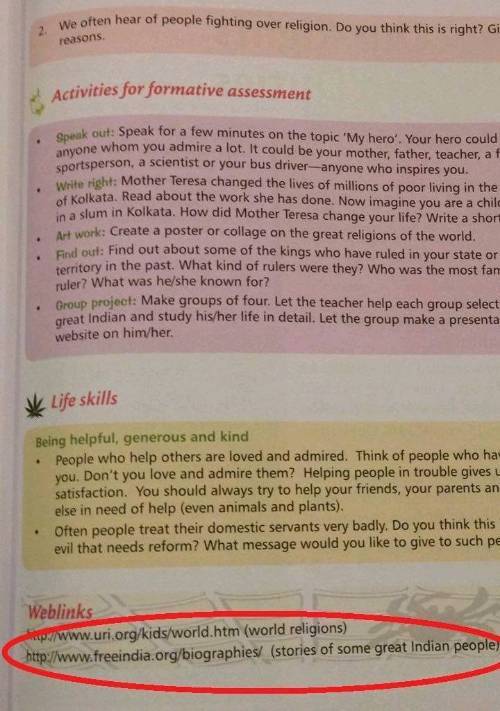 As soon as you visit the Freeindia.org link you are greeted by a well placed BJP Ad with the Lotus Symbol right in the Center and Devendra Fadnavis grinning on one side of the Advert. 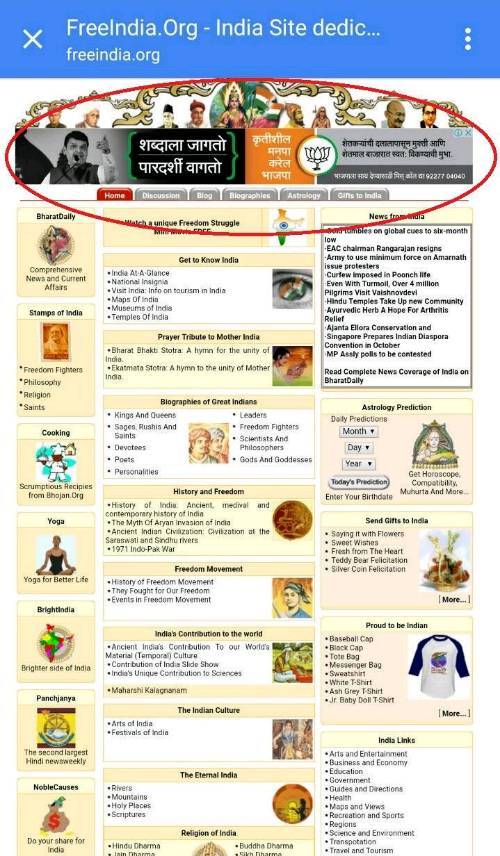 On following the exact link mentioned, you arrive to a page which gives out the Biographies of Great Indians, listing down Sages, Rishis, Saints, Devotees and Gods and Goddesses amongst the Great Indians.

If you pursue these individual links further you would be in for some more surprises.

On going to the link of “Great Leaders” you have M.S. Golwalkar, the RSS head honcho, listed amongst people like Lal Bahadur Shastri and Lala Lajpat Rai, alleging that he has dedicated his whole life to the service of the Motherland. 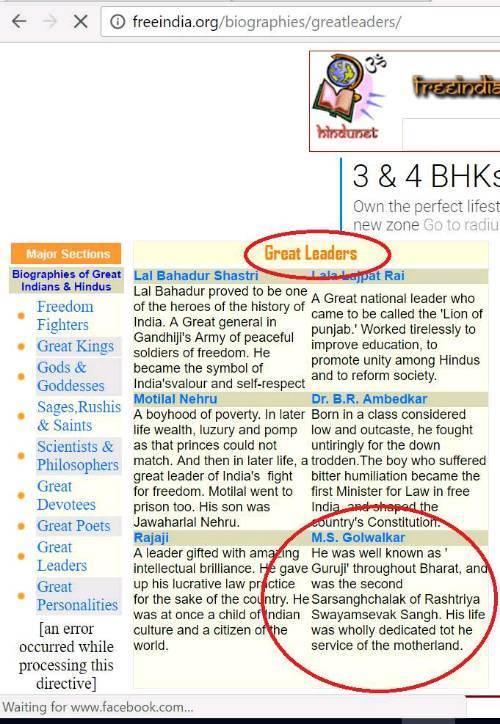 If you go to the Link “Great Personalities” you are greeted with a list which is filled with a mix of Historical and Mythological characters. This page is probably one of the most distorted them of all.

It lists down Savitri, Draupadi, Ekalavya, Veer Abhimanyu, Karna, Lakshmana, Bhishma, Vidura and Lava-Kusha as great personalities of India, along with Keshava Baliram Hegdewar, the founder of RSS who “had the strong desire that all the people should dedicate themselves for the service of Motherland, forgetting the differences of Caste, Creed, etc.” 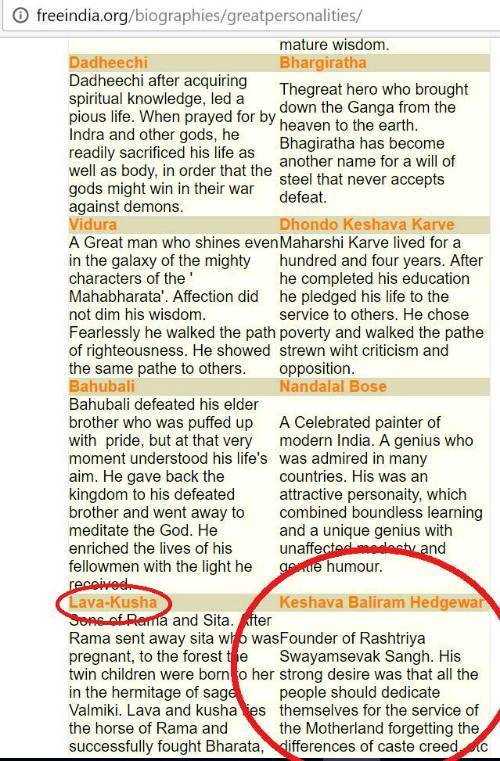 Now, while most people will find this funny, if you imagine that this is what they are teaching the kids in well known, award winning, private schools in a Metro like Bangalore, the situation becomes rather scary.

That, young impressionable minds, are being loaded with such rubbish in the name of education is downright outrageous.

That, Educational Material being taught in schools does not mind the kids visiting websites like Freeindia.org which looks like nothing but a propaganda mouthpiece of the BJP Government, makes it quite clear that the problem of the divisive and distorted Hindutva agenda has started seeping in our homes and has not remained something which we just watch on the Televisions.

On further research it is clear that the Freeindia.org is a part and parcel of a larger domain called as the Dharma Universe which is a completely religious propaganda website. 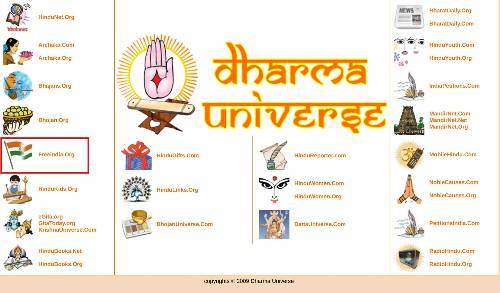 That such websites are being used as reference links for 10 year old kids is quite worrisome.

Now, I can only hope that the parents of the kids who are being taught this, make up their mind to take this up with their school and ensure that their kids are not being brainwashed into being fanatics of some sort under the guise of Education.

Disclaimer: Those parents who actually agree with this syllabus should not bother paying lacs of rupees for sending their kids to such schools, they can send their kids to the nearest Shaakha. The kids would get the same education and you will end up saving a lot of money too.