In the serial Porus on Sony TV, Puru despite being the son of King Bamni of Paurav rashtra is living a Dasyu life where both the king and his men are behind him. Interestingly, neither Puru nor does any of them knows the reality of Porus. However, now that we as viewers know his reality, they are eager to see Puru as Yuvraj Porus, 5 reasons why – 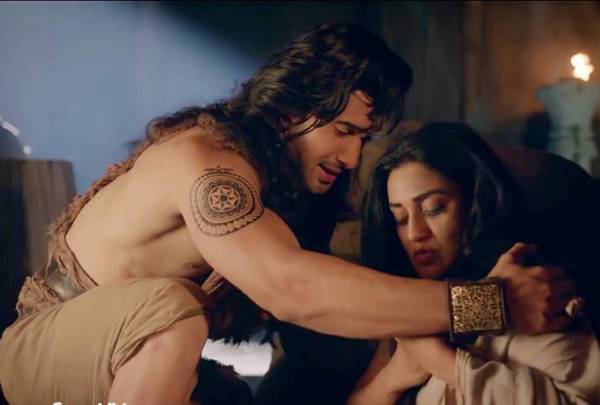 Over the years, he has lived his life without the love of his mother. In fact, he didn’t even know that she wasn’t his real mother either.  Now that he has met Anusuya and is all set to meet Bamni yet again in Paurav rashtra, we just hope for a family reunion so that Puru finally gets what he deserved – the unbiased love of his mother and father.

Do you think this is possible? Yes, very much now that his foster brother Hasti has set his journey for the Paurav Rashtra with an aim to reveal Puru’s reality in front of everybody. And with Ripudaman joining him too, we do think the family can finally reunite.

Puru is an Extraordinary Warrior

While Kanishk is a weak prince with affinity towards the Persians, Puru is the son of the soil who is not just brave, intelligent but also very courageous. It would be interesting to see how he fight the Persian invaders when Kanishk fails to defend it. Courage with power is a perfect combination and this would reflect immensely when Porus becomes the prince of Paurav rashtra.

The serial Porus is showing us how Darius is trying to invade Paurav rashtra, first through his business and next by trying to protect his men from Dasyu. We know it just an excuse to bring him army in so that he can slowly occupy the place. We know Kanishk cannot handle the Persians but Porus can. It would be just amazing to see Porus fighting and showing the Persians the door out of India.

Now that Alexander is all set to take over the world, it would be interesting to see Porus taking the plunge rather than getting busy in some inside politics. No wonder, Shivdutt, his uncle and his stepbrother along with the Farsis wouldn’t be happy to see him as his father’s heir. However, what would be interesting is to see how and when Yuvraj Porus will stand against Alexander to safeguard his people and homeland.

To Witness the Twist in the Tale

Once everybody knows that Puru is none other than the son of Queen Anusuya and King Bamni, everything changes – from the Dasyu getting a shock of their life to the Purav rashtra witnessing a sudden change in their regime. Moreover, Darius who already got a toast of Anusuya and Puru’s medicine would see his dreams of capturing India falling apart.

Yuvraj Porus would be a delight to watch, don’t you think so?