In the serial Chandra Nandini, the young Dharma is shown as the exact replica of Nandini. She is brave, she is determined and she is the one who can go to any length to protect her family, friends and motherland. 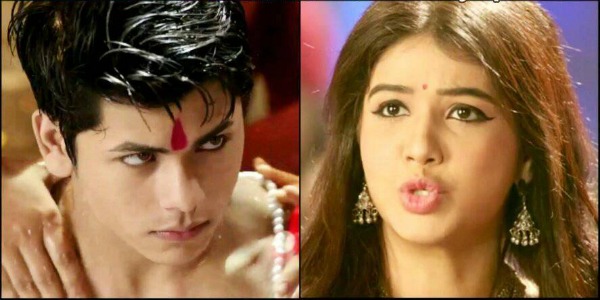 While, this portrayal is worth praising, here we share some of the interesting facts about Dharma

Rani Dharma aka Subhadrangi Was A Brahmin Girl

Dharma wasn’t a princess of some kingdom. As per Ashokavadana, she was simply a Brahmin girl from a region called Champa near Magadh. It is believed that her name was Subhadrangi. A priest once forecasted that her son will become a great king.

She belonged to the Ajivika Sect

The Ājīvikas were nastik i.e. atheists as they rejected the then authority of the Vedas. They didn’t believe in the concept of karma but believed that in every living being is an ātman – a core belief of Jainism and Hinduism.

She Married Bindusar and Became His Lower Wife

According to the legend, Bindusar’s chief wife was Charumati, the mother of his eldest son. She was from a royal family and so she remained his chief consort throughout. Dharma on the other hand, became his lower wife who cared for other wives of Bindusar. Rani Dharma was never given proper royal treatment in the palace.

She Had 2 Sons – Ashoka and Vitashoka

According to some tales, it is believed that Bindusar loved Dharma immensely but there is no historical evidence to support that. Historically, Dharma was just another lower wife of Bindusar who gave birth to his two sons – Ashoka and Vitashoka.

Though the exact cause of her death is not known there are stories that believe she died saving a pregnant Devi (Ashoka’s wife) when Ashoka was out of Magadh and his brother Sushim was eager to kill Ashoka’s child.

In various sources, she is addressed by various names – Dharma, Subhadrangi and even Janapadakalyan.