When Raghuram Rajan, the 23rd RBI Governor, left Reserve Bank of India, it had $21643 million worth Gold reserves, now it is just $19983 million, that is ₹11326 crores gold value drop in reserves. 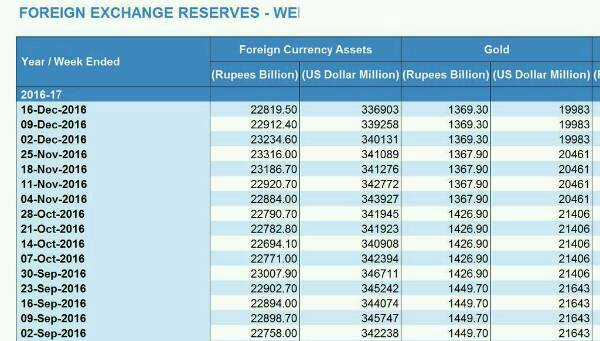 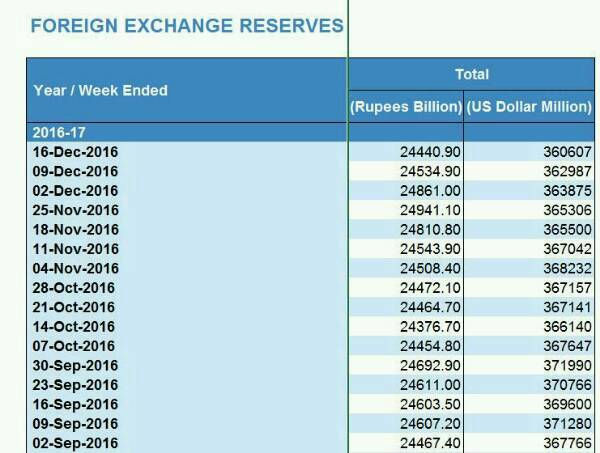 There have been drop in Gold price between 2/9/16 to 16/12/16. However, if you compare it with the international gold price and look at the broader picture, you’ll realize that there was a depreciation of 14% in Gold prices but RBI Gold Reserve showed/shows only 7.7% decrease. Perhaps, there was a gold buying?

Is the fall in Foreign Reserve due to prop up INR to stabilise it during the current volatile times is something that the Financial Analyst can let us know.

From many divergent responses, I am learning a lot on this area which was an esoteric one before this November. This post is to discuss drop in the RBI’s Foreign Exchange Reserves between 2 Sep 2016 to 16 Dec 2016 (Before and after Raghuram Rajan) as requested by Mr. Andy Kenowar. No conclusions here.

My work is to spread the insight what is happening & put the facts right so its upto you guys to come to an excerpt & introspect whom you want to give a chance to lead India or India’s RBI.