Karna has been an unsung hero of Mahabharat and his tale is quite fascinating. All these years we heard/read/saw a lot about his courage, valour and his generosity. Little did we know about Karna’s personal life except for the fact that he was abandoned by his biological mother Kunti and adopted by a low caste man. Neither we knew much about Uruvi – the wife of Karna nor we know about his connection with Draupadi and/or Duryodhan’s wife Bhanumati. 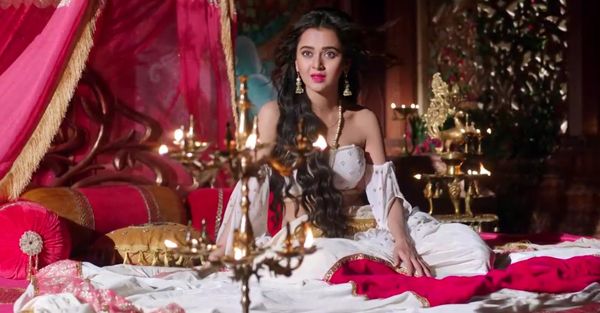 No wonder, the Mahabharat we saw on TV in the early 90s didn’t hint us anything about his married life or his relationship with others except Duryodhan. Now that various adaptations of Mahabharat is screening one after the other on our television sets the latest being Karn Sangini, there is a lot of curiosity about his private life especially surrounding his Kshatriya wife, Uruvi.

Did Uruvi, a Princess Marry Karna in Mahabharat?

The TV serial Karn Sangini is showing a love story between Karna and Uruvi, a princess who is impressed with Karna when he challenges everybody during the Dronacharya test. She is much beyond the time and treats everybody equal. She likes Karna for his qualities and therefore falls in love with him much beyond the annoyance of her family especially her mother who is Kunti’s friend and has promised her daughter in marriage to her son Arjuna.

The love story of Uruvi and Karna sounds not only interesting but also ideal going by all the hardship and struggle Karna had to go all through his life. However, the question remains whether –

Uruvi as the love and Wife of Karna is indeed a Fact or is just a Fictional element added recently?

Well, the original Mahabharat or the adaptations thereafter have no mention of Uruvi as the wife of Karna. The only wife that finds mention is Vrushali. Regarding Uruvi, well she is a creative of Kavita Kane, a writer and an author who wrote a fictional book adding a perfect angle to otherwise tedious and miserable life of Karna.

In an ideal situation we would want Karna to have a wife like Uruvi. Unfortunately, the unsung hero had no such wife in the original Mahabharat.

Also Read: Suryaputra Karn: Know Everything about All his wives