Recently a lot of things have been told about Uruvi. Interestingly, a new TV serial titled Karna Sangini focuses on her life story along with her love for Surya Putra Karna, yes, the illegitimate son of Kunti whom she conceived when she was very much single. 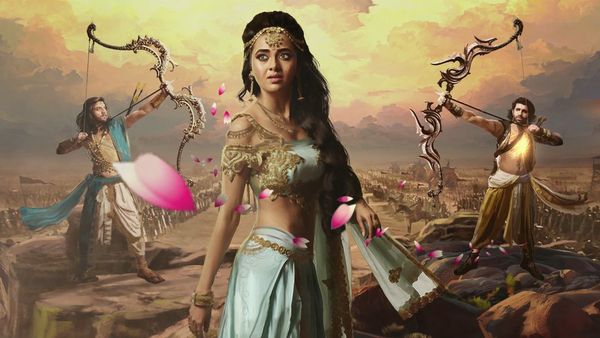 Nobody knew that Karna was the son of Surya and Kunti, everybody believed that he was a son of a low caste chariot. On the contrary, Uruvi is said to be a beautiful princess of Pukhiya. She is the only child of the king and hence very pampered. The king and the queen fulfills all her wishes and demand.

The Princess of Pukhiya is Arjuna’s Close Friend

The princess spends most of her childhood in Hastinapur due to which she becomes best friends with the Pandavas especially Arjuna. She shares a close bond with him. Besides, her mom Queen Shubhra is Kunti’s best friend and the two share quite a deep friendship as they too are childhood friends.

She Falls for Karna During the Test of Guru Dronacharya

During the test of Guru Dronacharya when Karna gate crashes the test venue and challenges everybody Uruvi is quite impressed by his strength and courage. This is the time when she falls for Karna as she finds him quite brave and heroic with lots of valor.

She chooses Karna Over Arjun in her Syamvar

She is so much mesmerized by Karna that she chooses Karna over Arjun though her family especially her mother wants her to choose Arjuna. No wonder, she had promised her friend Kunti to get her daughter married to Arjun which would then increase the strength of the Pandava army. Her choice surprises all and no one seems happy about her decision especially when Karna is believed to be a low caste boy.

Also Read: Surya Putra Karna: Know All About His Wives

Is the Story of Uruvi Mentioned in Mahabharat?

Well, neither in the original Mahabharat nor in the other versions do we find the mention of Uruvi. If at all there is a mention of Karna’s wife then there is a mention of Vrushali and not Karna. Uruvi is nothing but a creative character produced in the mind of a writer Kavita Kane who wrote the novel Karna’s Wife: The Outcast’s Queen which in turn resulted in the ongoing TV series Karn Sangini on Star Plus starring Tejasswi Prakash in the titular role.