Yeh Hai Mohabbatein has been in the news for a while surrounding the leap which was planned by the makers of the serial. However, nobody was happy with the developments, neither the actors nor the TV show viewers who seem to be very much content with the ongoing romance of the leads – Raman Bhalla (Karan Patel) and Ishita Bhalla (Divyanka Tripathi). 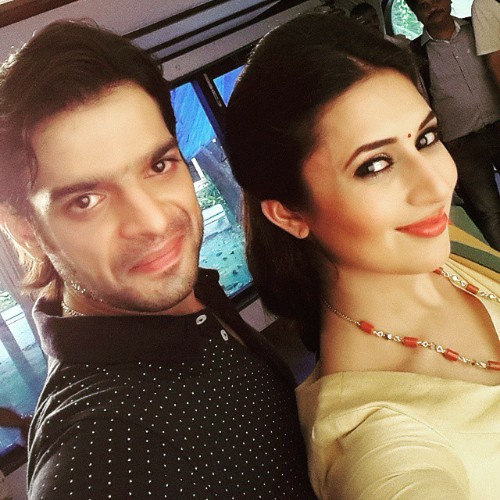 Divyanka Tripathi Is Not Leaving the Show

There was a buzz on the Internet that post leap, Divyanka Tripathi would quit Yeh Hai Mohabbatein as the actress was not ready (rather comfortable) to play a mother to grown up kids. Even her fans were not ready to see her in grey hair. However, Divyanka Tripathi has confirmed now that she is not quitting the show. She is very much part of the show as of now, and will continue shooting for the same.

Ishita Will Not Die Post the Leap in Yeh Hai Mohabbatein

After the leap it was assumed that Ishita will leave Raman Bhalla and move to Australia with Subbu. As far as Raman was concerned, it was believed that he would stay with his ex-wife Shagun once again in the Bhalla house. The rumor mills stated that Ishita would be compelled to take such a step because she would be diagnosed with certain fatal disease maybe cancer. Though nobody would know the real reason behind her departure, and she would die eventually

But, now since Divyanka Tripathi is not quitting the show, she would not die in the show as stated earlier. We wonder what will be the story ahead, now that we know she is going nowhere and is here to stay.

While, Divyanka or the other senior actors may or may not leave the show, it is very obvious that Ruhanika Dhawan who plays Ruhi Bhalla cannot stay in the show as her character will grow up. These will be really sad news for the viewers as Ruhanika Dhawan has been the star of the show from Day 1. What’s is interesting is the fact that, more than the chemistry of the leading actors, the rapoort between Ruhanika and Divyanka as a daughter and mother has always been the chemistry of the show.

The Leap Has Been Postponed as of Now

After a massive protest by the TV viewers on social media, Ekta Kapoor the producer of the show has decided to halt the leap as of now. The leap like any other Balaji Telefilms’ will happen, but not now. Divyanka Tripathi who couldn’t control her happiness post this news, shared the gladness through her instagram account.

Even Anita Hassandani has confirmed the postponing

Moreover, even Anita Hassandani who plays the role of Shagun in Yeh Hai Mohabbatein confirmed that news that leap of the show has been postponed. She posted a pic along with her bestie Ekta Kapoor on her Instagram account, and gave the best news that the fans of Yeh Hai Mohabbatein were waiting to hear from so long.

Know Everything about Amit Tandon ~ The Subbu of Yeh Hai Mohabbatein