Edit – This article is purely based on the reporting of credible news outlets with the link to the source articles.

We all know the name of Nirbhaya (Jyoti Singh Pandey) and the five rapists that were involved in the brutal crime that they had committed except the 6th. Yes, the 6th whose name was hidden throughout. The police called him “Raju”, the media called him “Bhura” and we as a society chose to address him as the juvenile rapist.

However, social media had several names for him including Mohammed Afroz (This was exclusively Reported by Ankit Tyagi, India Today). However the Police have not confirmed anything and continue to use Raju. 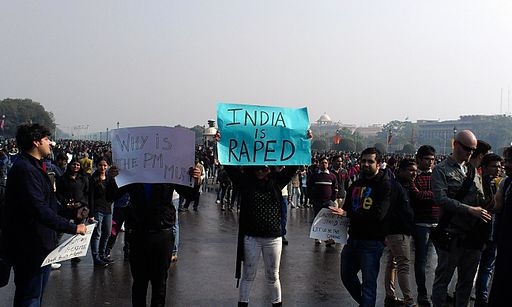 As mentioned widely on the social media platform the Juvenile’s name is rumoured to be Mohammad Afroz (Headlines Today shared a video).

Going by the reported news, he is from Western UP (Badaun). He worked in certain East Delhi dhaaba. Raju (as police calls him), in fact, was the person who called Jyoti to the bus and even assaulted her male friend.

According to the reports shared, this juvenile raped Nirbhaya twice and was the one who had inserted rod into her private parts. The insertion of rod caused some serious infections which destroyed her intestine and eventually led to her death. However, being a Juvenile he was spared. Yes, just because he was short of 6 months to 18.

The Impact of Being a Juvenile in India

Unfortunately, even in the 21st century when India is boasting about Science and Technology, the Juvenile Justice Board declared him as a minor on the basis of his primary school enrollment record. When the police requested for age determination test (bone ossification), their plea was turned down finding loop holes in a judgment passed by the Supreme Court a year earlier. (Source: The Hindu)

This is the impact of a juvenile culprit in India. No matter how big the crime is, he is safeguarded by the law. Moreover, one is not even allowed to conduct an age determination test. Tell me, how many of our parents are of same age as that of their birth certificate or primary school enrollment record?

But then, the court turns down the plea of a bone ossification test only because the primary school record proves him to be a minor – such is the benefit, impact and effect of Juvenile criminals and offenders in India so what if they are rapist, so what if their action killed an innocent person on whom her family depended for a better future. In addition, they want to hide his identity to keep him protected as he belongs to a poor family with 6 siblings and a father with an unsound mind. But what about the parents of Nirbhaya who strived hard to educate their daughter enough to become a medic? Interestingly, his counsellor in an interview with Quint revealed that he doesn’t miss his family at all.

The Juvenille In the Juvenile Welfare Home Was Motivated to Join Jihad in Kashmir?

According to the news covered by  Dailymail, the juvenille rapist shared his cell with another juvenile inmate, a Kashmiri militant accused in the Delhi HC blast. It was alleged that his cellmate indoctrinated him and prompted him to take up the cause of Kashmiris.

However, when Subramanian Swamy wrote a letter to PM Narendra Modi that he had learnt from Police sources that the juvenile had become an Islamic Fundamentalist, an inquiry was undertaken by the Intelligence agencies. Post this allegations of indoctrination into Jihadi ideology, he was put through counseling, and was released thereafter on 15th December 2015.

Marital Rape: Why It Is Wise Not to Criminalize it

The Manly Woes in India : Not All Indian Men are Rapists!

Facebook Comments Box
About Deepti Verma 337 Articles
Deepti Verma is a Political/Social Writer with an opinion on almost everything! Follow @universal_rover