Maharani Devi was Samrat Ashoka’s first wife. In fact, she was the love of his life. Their love story even finds special mention in the Ceylonese chronicles. The text not just talks about their love but also sketches out Devi’s biography, lifestyle, religion and belief.

However, the same thing is not shown in the Ashoka serial. In the fictional TV show, Maharani Devi essayed by Kajol Srivastav has been downgraded so much that she is even acting as a daasi to Kaurwaki. While, the makers are busy showing the love story of Ashoka and Kaurwaki, here, we share everything about the character assassination of Devi in Ashoka serial. 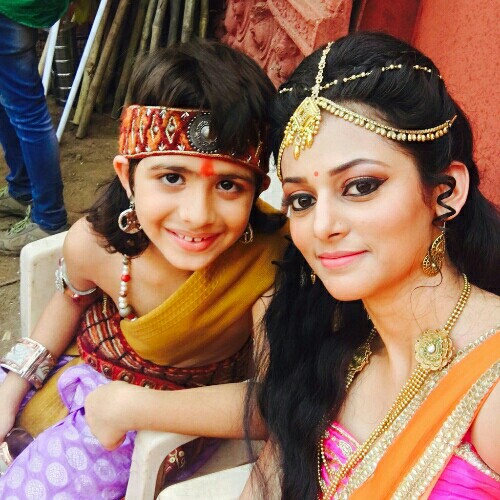 Queen Devi Was Not a Daasi Who Served Kaurwaki

Devi was not just Ashoka’s first love but also his first wife and also the mother of his first child. The couple married when Ashoka was 18. However, here Ashoka is 24 (14 + 10 Year Leap), yet he is unmarried. Also, it is sad to see that the Devi who had a very important place in Ashoka’s life is merely a daasi to Kaurwaki. Interestingly, back then, Kaurwaki didn’t even existed in Ashoka and Devi’s life and here she is serving them both like a servant.

Yes, here in the serial, Devi has been given the position of a naukrani who is not only attending to Kaurwaki but also ensuring that she marries her love Ashoka.

Maharani Devi Wasn’t Dumb, She was Bright and Intelligent

In Ashoka serial, Devi was introduced as a talkative dumb girl who is more like today’s bimbo. However, going by the texts and incidents in the history, it is quite a known thing that Maharani Devi was intelligent. It was her intelligence that bowled AShoka in the very first meeting when he saw her in Ujjain.

It was Ashoka Who Fell for Devi, not the Other Way Round

In the serial it is shown that Devi has hots for Ashoka while Ashoka loves Kaurwaki. He likes Devi but only as a well-wisher and a friend. However, in reality it was Ashoka who drooled over her beauty and intelligence. In fact, he was so mesmerized that he asked her hand for marriage from her father. Devi, however, declined, and kept a strange demand. The demand was to end the turbulence of Ujjain without violence. Later, Ashoka succeeded and the two married eventually.

Rani Devi Never Came to Patliaputra Before or After Marriage

While, here, we see Devi roaming, dancing and doing all sort of things, in reality Queen Devi never came to Patliaputra at all to stay even after marriage forget before the marriage. The entire thing that has been showed about Devi is fictional with zero resemblance with the real Devi. Yes, her character has been assassinated and that too very brutally.

In Chakravartin Ashoka Samrat it was shown that Ashoka and his mother stayed in exile and the person who gave them a place to stay was none other than Devi’s father. However, this story has zero connection with history. Ashoka met Devi only when he was sent to Ujjain to curb a revolt.