The TV serial Chakravartin Ashoka Samrat is bestowing us with new twists and turn almost every day. While Samrat Bindusara has sensed that his wife Devi Dharma is alive, Chankaya has been captured by Helena and her father Selecus Nicator. Though these instances have two different paths, it does have a common connection and that is Ashoka. 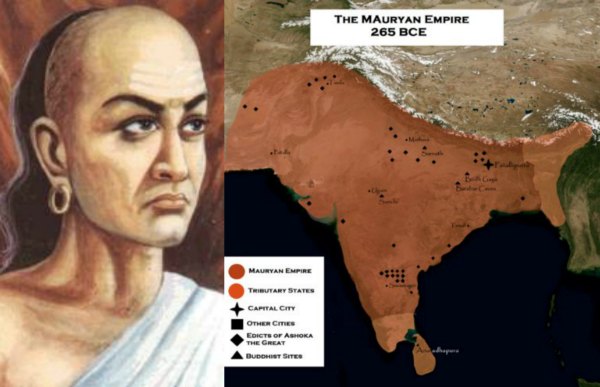 Now the first question arises that,

Ashoka has decoded the map with the help of his friends in the school.  It is most likely that he will somehow manage to get into the place where Chanakya is captured. However, it is still questionable – Whether, he will reach up to Chanakya. If he is able to rescue Chanakaya definitely the two along with the secret agents will stop the mishap that is being planned by Rajmata Helena and her father Selecus Nicator.

And one believes that this will happen because there is no evidence in the history of such an incident where the entire Magadh family was burnt in an explosion.

But, does that mean Helena and her father Selecus Nicator Will Be Exposed?

Well, if they will be exposed so soon, the serial won’t last long. So, it is quite obvious that they will not be exposed just yet, though their plan will be doomed by Ashoka and Chanakya. However, it will be interesting to see how Rajkumar Justin will react when he will get to know about the plan which Helena had planned to wipe off entire Maurya vansh including Rani Noor and her son – Siamak. Now this makes me wonder, whether Justin will marry Agnishika as planned or will their marriage too, stall because of Helena’s failed plan.

On the other hand, Will Bindusar Unite With Devi Dharma?

Parallely, Bindusar has sensed that Dharma is in his palace only. This makes us wonder whether Bindusar will finally reach Devi Dharma, and get to know about her truth. Or will Mir Khorasan once again try to get rid of Dharma? However, Dharma is not alone this time. She has both Ashoka and Chanakya (provided Chankaya is rescued soon by Ashoka). If Mir Khorasan fails this time, we hope he will be exposed. But maybe Dharma can even hide the truth so that Bindusar doesn’t get to know the real face of Mir Khorasan.

Yes, she might not want to give her husband more pain – Who knows what’s in store in the script of the serial.

However, we just hope this track goes on simultaneously – While Ashoka rescues Chanakya and saves the Maurya family from the atrocities of Helena, and her father Selecus Nicator, and fate (rather the script writer) bring Dharma and Bindusar face to face.

We hope the track goes in this direction as we are just so eager to see the family (Bindusar, Dharma and Ashoka) uniting finally…..

Bindusara Is the Father of Ashoka : When Will Chanakaya and Dharma Reveal The Truth?
Lesser Known Facts about Helena Maurya ~ Chandragupta Maurya’s Wife