Maharani Charumitra is successful in casting a spell on Rani Dharma in Chakravartin Ashoka Samrat serial. Rani Dharma is merely a puppet now who follows Charumitra’s instruction and does as she orders. Her condition has become bad to worse.

While, Ashoka and others are worried, Charumitra is happy that finally her spell is working. 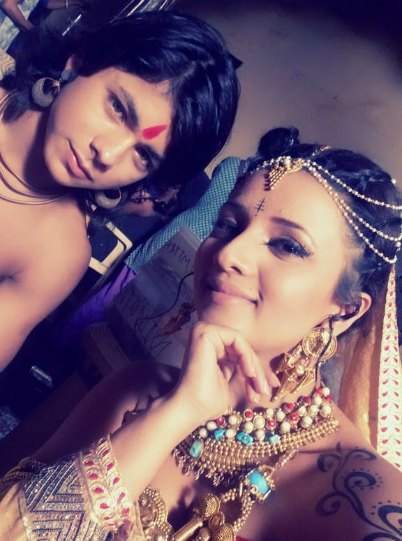 Charumitra Made Rani Dharma to Walk Till The Cliff

When Ashoka’s mother was nowhere to be found he started his search outside and came across a woman walking towards a cliff. He realizes it is none other than his own mother, She is about to jump off from the cliff when Charumitra comes rescues her. Ashoka too reaches the spot and thanks her for saving his mother’s life. This is well planned by Maharani Charumitra as she wants to cast a spell on Rajkumar Ashok too.

Also Read: 5 Reasons Why Maharani Charumitra Don’t Deserve to be the Consort of Samrat Bindusar

Maharani Charumitra’s Next Target is Ashoka

This makes us think –

It is really sad to see a confident Rani in such a sorry state. We hope Ashoka along with Radhegupt find out that Rani Dharma is not ill but somebody is casting a spell on her from the palace only. We hope everybody knows about this fact as soon as possible. Else both Ashoka and Rani Dharma will have to bear insults all over again.

Do you think Ashoka Will Rescue His Mother from the Spell? Will He Know that the real culprit is Maharani Charumitra?

Will Maharani Charumitra Change Rani Dharma by her Black Magic?