Quite much has been said about the concept of Jihad in Islam. Most often out of context and content. To the extent that it has given an impression of Islam being a violent religion which calls upon its believers to kill those who don’t believe in Islam. 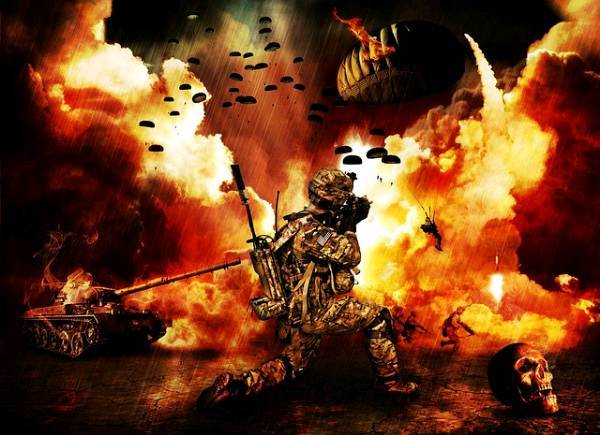 Okay, so let’s have look into the Holy Quran and the history of wars in Islam to know about Jihad

Muhammad (pbuh) came into direct conflict with the Quraysh (the tribe to which he belonged and the tribe which actually controlled Ka’ba and benefited monetarily from the annual pilgrimage held there) due to Muhammad’s criticism of idolatry.

Muhammad (pbuh) advocated Monotheism instead of Polytheism in order to put an end to the unending wars that took place between the various tribes living in Arabia and to create a solidarity between them by fostering a belief that they are equal, alike and should worship ONE God, who is omnipresent, all powerful and who is invisible.

This (invisibility) was done with the purpose because the tribes living in Arabia were idol worshippers and considered their God as supreme. Once God is made invisible, nobody could draw images/idols of it, and consequently there would not be any conflict on placing one’s idol inside the Ka’ba.

However, his teachings were causing a sore (as well as revenue loss) to the Quraysh, who plotted to kill him, but couldn’t do so because of two powerful guardians of Muhammad (pbuh)- his uncle Abu Talib and his wife Khadija, who was an influential businesswoman.

However, after their death in 619 AD (both died in same year), Muhammad’s position was vulnerable since the leadership of the clan passed on to Abu Lahab, a fierce critic of Muhammad (pbuh). Muhammad decided to save his followers and consequently sent them to Yathrib (Medina) in small groups. Just three people were left behind- Muhammad (pbuh), Abu Bakr and Ali (AbuTalib’s son, a boy of 9 or 10 years) in Mecca.

When Meccans came to know about this emigration, they decided to kill Muhammad. To avoid blood feud with Muhammad’s clan, they thought of taking one strong man from each clan and simultaneously stab Muhammad so that Muhammad’s clan wouldn’t know the clan of the assassin.

However, Muhammad (pbuh) came to know about the plot and escaped unhurt. This migration of Muslims to Medina is called Hijra (Emigration), which took place in 622. Islamic calendar begins with this year.

The society in which Muhammad lived was primitive and brutal. If he wanted to witness the violence that could have been done to him without fighting back, he and his followers could have been wiped out. Out of such a society of quarrelling tribes, Muhammad (pbuh) tried to create a State as much civilized as possible. However, he always preferred peace over conflict, with the option of war arriving only after all recourses to peace have fallen flat.

The tribes at Medina too used to fight amongst themselves. The dwellers of Medina were mostly pagans along with some Jews. They fought a big battle (Battle of Bu’ath, 618 AD) just 4 years before arrival of Muhammad (pbuh).

Muhammad (pbuh) tried to establish peace amongst the tribes of Medina and consequently undertook the task of arriving at a common set of principles that would make peaceful living across various tribes and faiths possible. That set of principles is also called ‘Constitution of Medina’. This constitutes rules against the practice of private justice based on vengeance.

The constitution did not aim to convert all to Islam. Non-Muslims were allowed to practice their own faith. Plurality was respected. In fact Ummah, meaning community, included non-Muslims as well. Mosque then was a place meant not only for worship but for all community activities of Muslims as well as non-Muslims. Muhammad (pbuh) lived around. He was the guide and the judge, not of his followers only but for others as well. This is how he reconstituted the society of Medina.