Read History of Islam: Part 3 – The Concept of Jihad I

When Muhammad (pbuh) migrated to Medina, the Meccans demanded from the people of Medina that Muhammad (pbuh) be expelled and handed over to Meccans, else Medina would be attacked. 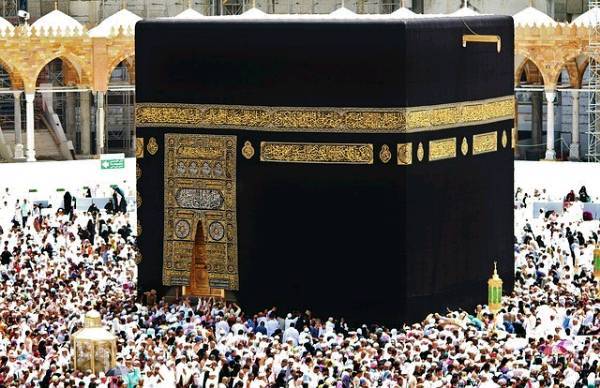 Small groups of Meccans travelled to outskirts of Medina and got into skirmishes with Muslims. Muslims from Medina seized Meccan trading caravans passing near Medina, in retaliation to their expulsion from Mecca and seizing of their property in Mecca.

In order to understand the concept of Jihad in Islam, we need to delve into the history of wars fought during Prophet’s time and its consequences. Between 624 AD and 627 AD, FOUR Battles (Badr, Uhud, Trench and Banu Mustaliq) were fought. A brief history of these four battles have been summed below:

Meccans wanted a revenge of Badr which they lost. The Muslims were initially winning this battle, but a mistake (defying the orders of Muhammad by the archers seated atop Mount Uhud) turned the tables and the Meccans won the battle, killing many Muslims. Muhammad (pbuh) was injured.

After Battle of Uhud, Muslims expelled a Jewish tribe (Banu Nadir) from Medina after the tribe attempted to assassinate the Prophet. This Jewish tribe moved north to Khaybar, where many other Jews lived. Other Jews remained in Medina.

In March 627 CE, two years after the Battle of Uhud, an army (10,000 soldiers) of Meccans and their allies from northern Arabia (Jews who had been expelled from Medina, and Jews from Khaybar) marched on Medina.

Muhammad’s army was of 3000. There appeared no way of defeating them in a battle.

Then Muhammad thought of a novel way of defending his town. Medina was covered by hills on all sides except one. On that side, he decided to dig a trench so that Meccan army could not enter Medina.

Such a strategy was never known in the entire Arabia. Meccans were shocked. They tried to breach the trench but failed. They waited outside for 27 days and then left.

The defeat caused the Meccans to lose their trade and much of their prestige.

After the defeat of Meccans in Battle of Khandak, the Meccans wanted revenge and encouraged their allies on Red Sea coast (the tribe of Banu Mustaliq) to attack Medina. Muhammad (pbuh) came to know about it and consequently a Muslim army marched towards Red Sea coast and defeated Banu Mustaliq.

This was the first occasion that Muslims marched on to the enemy; in all prior battles the enemy had marched upon Medina.

Muhammad’s reputation increased as a result of these wars. He was not just giving moral lectures but also practically leading the Muslims in wars and winning them.

Now, let’s go into criticisms. Critics argue that Islam is a violent religion which believes in cowing down opposition through use of force and forcibly converting non Muslims into Islam giving rise to the notion that Islam spread with the “power of sword”.

Okay, let’s relook into the above 4 wars fought by Muhammad (pbuh). Wars were generally named after the place where they were fought. Lets see where the above four battles were fought.

3) Trench (627 AD): as said above that Medina was covered by hills on all sides except one. On that side, a trench was dug so that Meccan army could not enter Medina. So essentially this battle was also fought closer to Medina.

So, in all the above cases we find that Muslims were fighting wars closer to Medina (where they were residing) and it doesn’t take rocket science to conclude that who was attacking and who was defending. You can distort history but cannot change the geography. The places where those battles were fought stand testimony to the fact that the Meccans attacked Muslims and the Muslims were fighting a defensive war- a fight to protect themselves and their identity.

This is what the concept of Jihad is in Islam – a weapon of defence and NOT a weapon of offence. Muhammad advocated taking up arms to protect oneself.

It was only the case of Battle against banu Mustaliq, that Muslims advanced onto the enemies territory, when they received intelligence that the tribe is preaparing to attack them at the behest of Meccans.

What is important to note that at the very early stage of evolution of Islam, religion and politics got mixed up as conducting wars was a part of politics and not of prophet. No other prophet fought wars. They just preached. But Muhammad (pbuh) was an exception. He had many tasks at hand, and the priority was to protect himself and his followers. He fought wars, he preached, he set moral code of conduct and above all he was attempting to reconstruct the society- a classless society where the lives and rights of everyone was ensured.