With the start of the 2nd cycle of post Cold War Era and the re-emergence of Geography in international relations, geo-strategies will play an increasingly important role in the foreign policy of all the major powers.

With the rise in India’s stature and power in the realm of international, India too has to look at its geography to formulate its policy as well as safeguard its geopolitical interests in Asia, and most importantly in South Asia. 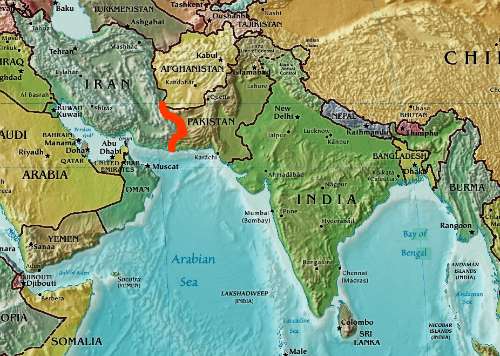 Image Courtesy: By Gryllida (Own work) via Wikimedia Commons

In South Asia the principal problem is the constant antagonism and rivalry between India and Pakistan, which also has a possibility of escalating into a nuclear war. India’s Pakistan policy has always been oscillating between ‘peace talks’ and ‘tough talks’, without following any long term pro-active strategy. A better understanding of Indian Subcontinent’s geographical features and its implications for India’s geo-strategic goals vis-a-vis India-Pakistan relations is a must for forming a well defined Pakistan policy.

So What Does the Geography of India Tell Us ?

Lord Curzon, in his essay ‘The Place of India in The Empire’, had written ‘It is obvious, indeed, that the master of India, must, under modern conditions, be the greatest power in the Asiatic Continent, and therefore, it may be added, in the world. The central position of India, its magnificent resources, its teeming multitude of men, its great trading harbors, its reserve of military strength, supplying an army always in a high state of efficiency and capable of being hurled at a moment’s notice upon any given point either of Asia and Africa- all there are assets of precious values. On the west, India must exercise a predominant influence over the destinies of Persia and Afghanistan; on the north, it can veto any rival in Tibet; on the north-east and east, it can exert great pressure upon China, and it is one of the guardians of the autonomous existence of Siam. On the high seas it commands the routes to Australia and the China Sea.’ 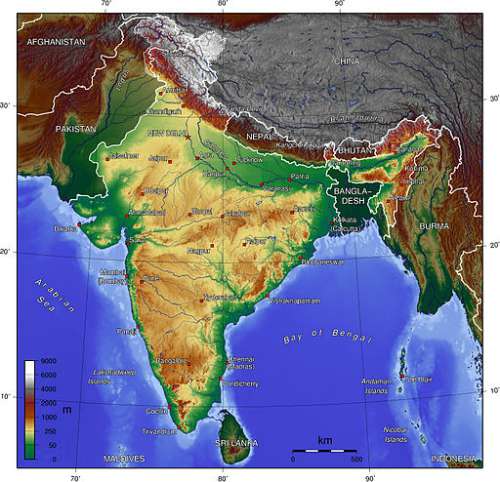 Lord Curzon, the viceroy of India who partitioned Bengal, was a British Imperialist but he was also a man of geopolitics, who understood how geography augments power and his assessments about India still holds good. After India’s independence, Indians were ‘the master of India’ but still we squandered many strategic opportunities. Nehru instead of ‘vetoing’ the Chinese  in Tibet talked about peaceful co-existence when China invaded Tibet, Indian policy makers were never pro active in issues relating to the East and it is only recently that India is countering China’s influence in Myanmar and beyond. But when it comes to exercising ‘a predominant influence over the destinies of Persia and Afghanistan’ , India never had a chance because in 1947 India was partitioned and Pakistan was created, which blocked India’s direct access to Afghanistan and Persia. This is precisely what is wrong with India’s geography.

While the Indian Subcontinent makes perfect geographical logic and India occupies a continental proportion of the lands in it, but India’s own geography is not perfect. While it has the highest mountain range in the world to its north, the Indian Ocean to its south and the dense jungle in the eastern border but its borders with Pakistan and Bangladesh don’t make any geographical sense. While both the borders with Pakistan and Bangladesh cuts across two prominent states without any geographical barriers, in the case of Pakistan, India also has to contend with a nuclear armed rival within its own geography.

The Creation of Pakistan divided the most prominent plains in Northern India into two. Thus there are no geographical barriers between India and Pakistan. The people on both sides of the border share the same culture, languages and origins but are divided by an artificially created boundary. The presence of a hostile Pakistan blocks India in its own geographical backyard and seriously hampers India’s capacity of projecting power outside South Asia, which in turn has a direct bearing on India’s Great power aspiration.

The region of Pakistan and Afghanistan make a very smooth geographical transition into Central Asia and West Asia, as such this region has the potential to work as a conduit of land based trade from the west, which may go in hundreds of Billions if India, with its huge Economy, can initiate land based trade through the region of Pakistan. Throughout history every major kingdom in the north western India or every pan Indian Empire had both Indus and the Ganges within its border. The Kushanas, the Mauryas, the Guptas, Delhi sultanate and  the Mughals  had both the Indus and Ganges river system with their realm. This facilitated trade with the central and west Asia as the western frontiers of South Asia were linked to the heartland of South Asia.

But in the present time due to the presence of a hostile Pakistan, India’s access to strategically important central Asia or, in other words, the centre of Mackinder’s strategically important Heartland is cut off. India tried to out maneuver this geographical bottleneck by building an airfield in Tajikistan and by linking the port of Chahbahar in Iran with Afghanistan through road. But these measures can only partly mitigate the disadvantages that India faces when it comes to projecting its influence and power throughout Central and West Asia. 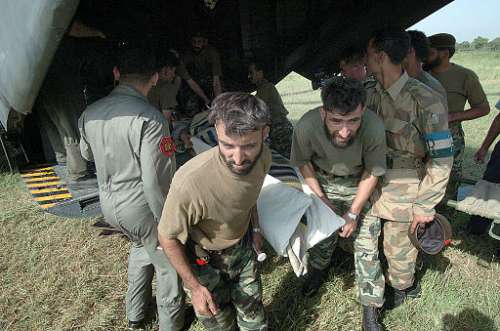 As India cannot afford to be locked within South Asia, especially with China making deep inroads in the Heartlands of Mac kinder as well as in the Strategic Indian Ocean region, a better understanding of geostrategic implications and impediments has to be ingrained into the foreign policy to remove or outmaneuver the artificial roadblock to its western border.

A friendly Pakistan will go a long way in solving this problem but due to the strong presence of Pakistani Army and ISI in the government machinery it looks almost impossible. The Pakistani military thrives on India-Pakistan tensions as due to the ‘threat’ from India the Pakistani Army is given the lion’s share of the countries resources, which in turn made the Pakistani Army the most powerful organization in the Country. The Pakistani generals and military dictators have systematically promulgated Anti-India propaganda for decades. Anti-India sentiments have been ingrained in the psychic of the Pakistani people. Even the civilian politicians resort to Anti-India statements to garner quick support and political mileage. Thus expecting a friendly Pakistan that is ruled by a civilian government which is not under the shadow of the Army and ISI may be quite an unrealistic possibility in the short term. The only other way is to disintegrate Pakistan into semi dependent Ethnic states.

Whatever legitimacy Pakistan had, through its claim of being a homeland for the Muslims of Indian subcontinent, has crumbled down, quite a long back, with the liberation of Bangladesh. It is now a semi military state dominated by the Punjabi elites. Calls for independence have started coming all the corners. Even in Sindh, a large section of people are demanding independence. In Baluchistan and Khyber-pakhtunkhwa insurgencies are raging on for years.

A consistent Carrot and Stick policy is the key here for India. India should influence the civil society in Pakistan and if a strong civilian government emerges then it should be supported. More economic engagement with Pakistan  can create a level of economic dependency and strengthen the ties between the nations. But if the country remains in the grip of Army –ISI and anti India activities are supported then India should not hesitate to play the game of brinkmanship. We should take a leaf out of Ronald Reagan’s book by raising the stakes and the level of competition. It was after all Reagan’s policy of increased military buildup and competition which partly contributed to the breakup of Soviet Union.

The case of Soviet Union can very well be replicated in the South Asia, albeit on  a much smaller scale, because Pakistan seriously lacks in capacity vis-à-vis India in terms of strategic capabilities. India should also look into the Indus Water treaty where India has been overly generous with Pakistan in the hope that it will improve the relation between the two countries. A demand for renegotiation of the Indus Water treaty will send jitters through the ranks of Pakistani Elites. Moreover the water which Pakistan is not entitled to should be directed to other regions in India so that it doesn’t flow into Pakistan. This is enough to push the powerful agricultural community in Pakistan into panic mode. It can give India strong leverages against Pakistan. 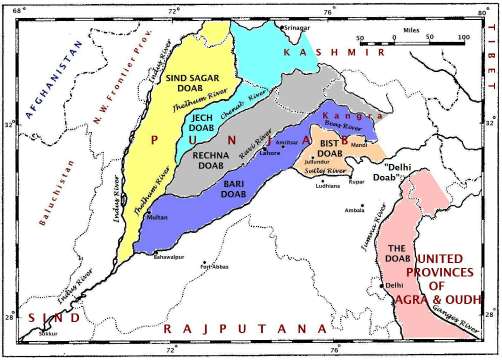 Geography was wronged in 1947 when Indian Subcontinent was partitioned without any geographical sense. Geographical logic would be established only when the regions of South Asia are well connected and integrated with each other. It is India which should lead this endeavor and remove the geographical roadblock that it faces to the west which could bring about an era of regional integration in South Asia.  Geography, ethnic characteristics and history by themselves do not determine the events of the future but they have profound influence on the human endeavors and thereby they shape the geopolitical events.

Understanding geographical implications and their significance for the India’s Pakistan policy in the 21st century will go a long way in chalking out successful strategies to not only strengthen India’s geopolitical position in South Asia but also contribute to the stability of the region.

Mufti Mohammed Sayeed’s Comment: Why it is Necessary For PDP To be Subservient to Pakistan

Pakistani Terrorist Caught at Udhampur: Facts You Need to Know