The brutal terrorist atrocities and rule of ISIS in the middle east states and Europe have always attracted global attention. However, the Islamic State is not just going west, but also pushing towards east especially Pakistan.

Here we share the prospects of the Islamic State in the neighboring Pakistan. 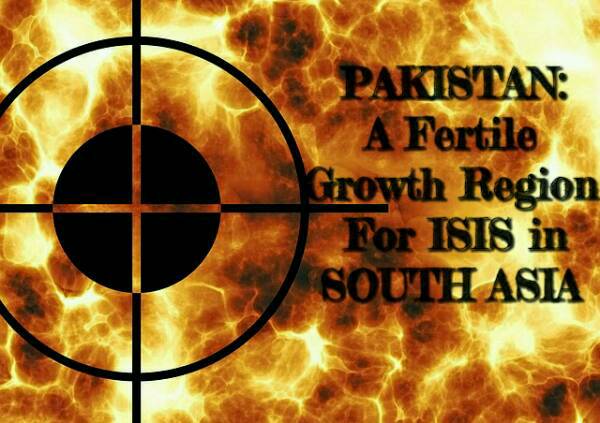 According to Amir Rana (an expert on radicalization in Pakistan), out of 237 Islamist groups in Pakistan, 20 groups stick to Ahl-e-Hadith which is the local version of Salafi Islam. Out of these 20, 10 are sectarian, 4 are political, 4 are militant and 3 are involved in proselytizing activities. These are the platforms  that are espousing Salafi thought.

This doesn’t indicate that ISIS got interested in Pakistan due to such activity in these madrassas alone, but one cannot deny the fact that ‘it’ did play an important role, as these institutions do propagate principles and thinking that militant organization such as IS can exploit later.

Pakistan is a fertile area for the growth of ISIS caliphate because of the rise and rise of Ahl-e-Hadith – The South Asian version of Saudi inspired Wahabism. These Ahl-e-Hadiths have always been aided by Kuwaitis, Saudis, and other oil-rich Arab states and governments.

Ever since 1980, the Ahl-e-Hadith madrassas have been doubled in Pakistan. One of the group that totally swears by the Ahl-e-Hadith school of thought is LeT –  Lashkar-e-Taiba. This is the same notorious anti-India terrorist organization responsible for the 2008 Mumbai attacks. Although, Ahl-e-Hadith is not identical to Salafi Islam theologically, the two share a lot of common things.

Common Hatred Shared by Pakistan and the Islamic State

Both, IS and militant groups in Pakistan share a common hatred for Shia. The sectarian terrorist group – LeJ (Lashkar-e-Jhangvi) formed in 1996 even distributed pamphlets in the year 2011 that read –

All Shias are worthy of killing. We will rid Pakistan of [this] unclean people. Pakistan means land of the pure, and the Shias have no right to be here……We will make Pakistan their graveyard—their houses will be destroyed by bombs and suicide bombers. (Source: NewYorker)

Sectarianism in Pakistan may become a favorable factor for ISIS to spread its wings comfortably. The decision of the militant organization Jundullah to join ISIL may have been primarily because of the anti-Shia activities of ISIS.

Like Jundullah, their allies, the deeply anti-Shia LeJ might also get ready to join the Islamic state. Though there might be little ideological differences between LeJ and ISIS, Jhangvi’s loyalty to the Deobandi militancy within Islam indicates that both LeJ and Islamic state may align with their common anti-Shia sectarianism thought process.

Besides, Tehrik-i-Taliban Pakistan aka Pakistani Taliban, is also a deeply sectarian organization with many of its top leaders are responsible for killing Shia people. In addition, TTP’s sub-groups based in tribal areas are headed by members who were once associated with LeJ. For instance, the founder of TTP’s chapter responsible for the Peshawar school attack in December 2014 and for another attack in January 2016 on a university was once a LeJ loyal.

In addition, the anti-Shia tactics and ideology of ISIS can be a powerful tool to lure all the jihadis in Pakistan. No wonder, recruiting from the Ahl-e-Hadith LeT, offshoots such as the Sipah-e-Sahaba (SSP) and anti-Shia LeJ will be the best chance for ISIS spread its network in Pakistan, particularly in Punjab.

In the end, though ISIS may find difficulty in expanding its control and supremacy in Pakistan, it won’t be difficult for them to gather enough adherents in the form of polemicists and fighters to cause turmoil in Pakistan and South Asia for years to come.

The Islamic State is a growing threat to South Asian countries. With 40% of the global Muslim population in South Asia, it is without a doubt a lucrative battlefield for the group. This is the reason why Pakistan should try to eliminate and isolate the influence of ISIS in its land rather than dismissing to acknowledge the presence of ‘the group’ on their land.

Otherwise it will be too late and IS in the meantime will discover more opportunities to expand in Pakistan with the help and support of numerous Islamist groups in various parts of their country.