Indian history textbooks whether it is CBSE, or State Board talks a lot about Mughals and the Mughal history. The effect is such that almost every child knows about the Mughal rulers (the main ones of course and the last who was overthrown by the British). In addition, comes the outlook that, Moslem rulers were kind and considerate to their Hindu subjects and it was the British who had created a strife between the two communities.

No wonder, after reading our textbooks, we find the first Mughal Emperor Babur as brave, courageous and quite just, the third Mughal Emperor Akbar as great, his successor Jehangir as secular, and his son Shah Jahan as that Shehenshah who made the epitome of love, the Taj Mahal. 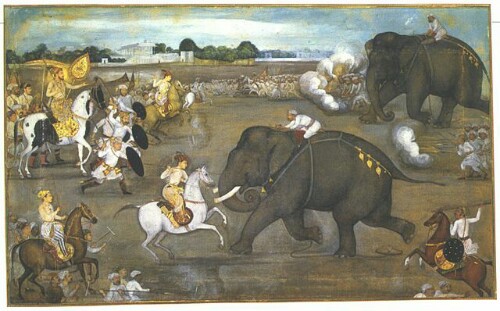 Nevertheless, Mughals are taught at a greater length while regional kings and kingdoms have been always overshadowed by them in our books. This is why the need of reducing the content of Mughal History in our textbooks is necessary. Here, we share our reasons one by one –

Though the children and the adults know almost everything about the Mughals, they hardly know anything about the son of the soils including the Tamil Warriors, Kerala Warriors, Ahir Warriors and more. Besides, though the books give us information on regional kingdoms like Vijayanagar Empire, Chola Empire, Chalukya Dynasty and Rashtrakuta Dynasty, there is no concrete and in-depth information regarding the same.

Besides, we do not know much about the South and North-east kingdoms – Those who actually resisted the Mughals to enter their province throughout. How about giving some highlight on these warriors and dynasties. Our books tell nothing about them except one or two lines.

Some Exceptional Stories Are Missed While Emphasizing Too Much on Mughals

Apart from the famous Battles, None of our Textbooks mention details of small battles that talks about bravery and heroism of our men. For instance, one cannot find real stories such as the Battle of Saragarhi where 21 men fought against 1,000 Afghan men in hand to hand combat and killed 480 Afghans. All these brave 21 Sikh men were honored Paramvir Chakra posthumously. Battle of Saragarhi and other such stories needs to be told instead of talking about the Mughals on and on.

Over emphasis on Islamic History

Interestingly, though we have a lot of details on Mughal history, we read mostly about their good things. The Islamic intolerance is almost reduced to nothing. For instance, we know Shahjahan as the maker of Taj Mahal and his contribution towards Architecture, however, what we do not know anything about his atrocities or policy, or the fact that the man who made the glorious Taj Mahal for his wife also ordered the demolition of 76 temples in the district of Banaras. And the fact that, he demolished the massive temple of Bir Singh Dev in Orccha, the capital of the Bundela and raised a mosque in the same place.

In addition, his atrocities towards the other Kings, Kingdoms and the women of their family.  When the ladies of the royal Bundela family could not do Jauhar at the right time, they were not only compelled to change their religion but were also compelled to lead their life in the infamous Mughal harem. Wonder, why the textbooks fail to mention these things. It is high time, the gaga on Mughals is replaced by their real deeds in a precise manner, so that other real stories can be retold.

The Islamic rulers and the Mughals didn’t rule whole of India but mainly the Northern belt. Interestingly, the Mughals didn’t rule the South for a long time. Though they tried to reach the south (during Aurangzeb’s era), they could never rule the entire Tamil Nadu and Kerala. Travancore and Kochi was never under their rule and so are some other areas.

Besides, the  much weaker Ahoms never allowed the powerful Mughal Army to enter Assam, and even defeated them in the famous Battle of Saraighat. Don’t you think we need to learn such heroism of these bravehearts than the hoopla surrounding these atrocats?

We would not want the Mughal History to be removed. No wonder, the kids need to be taught about their atrocities in a precise manner, giving way to several other facts and stories related to our history, culture, civilization and arts.

The Renaming Of Aurangzeb Road : Why Some are Shedding Tears?