Urmila is often termed as the forgotten heroine of Ramayana. Though even Valmiki mentions just few lines on her in the book, he doesn’t forget to mention that her sacrifice was unparalleled.

Here we share everything about Urmila that have been covered on her so far by Sage Valmiki and other contemporary writers: 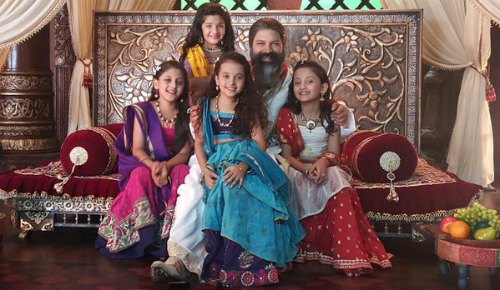 Urmila is the Second Daughter of Raja Janak

When Ram broke the bow he immediately became the person eligible to marry Sita. Next, Raja Dasharath came to Raja Janak’s kingdom of Mithila to talk about the wedding dates and time. This was the time when Rajkumari Urmila was betrothed to Rajkumar Lakshmana. Both Sita and Urmila were married to Ram and Lakshman on the same day.

She Wanted to Accompany Lakshmana during the 14 Year Exile, but He denied

According to Valmiki’s Ramayana, Urmila was all set to accompany her husband along with her sister Sita and brother-in-law Shri Ram when the trio was leaving for the forest.  However, Lakshmana advised her to stay back to take good care of her in-laws. Further stating it he is going to the forest as a slave of his brother where he will be busy serving them and will have no time to look after her or even care for her. He begged her to stay back and Urmila reluctantly had to agree her Swami’s request.

One the very first night of the exile, Ram and Sita went to sleep in the forest while Lakshman kept a watch on them. Next, Goddess Nidra (the Goddess of sleep) approached Lakshman. He however begged her to excuse him for next 14 years so that he could carry out him dharm and duty unconditionally without any hurdle. The goddess was impressed by his devotion and agreed to leave him for the next 14 years.

However, as per the law of the nature somebody else had to bear the share of Lakshman’s sleep. This is when Lakshman requests the Goddess NIdra to go to his wife Urmila as he knew she would readily agree as she too wanted to contribute with him to fulfill his duty. When Goddess Nidra explained the situation to Urmila she at once replied, “Give me my husband’s share of sleep for the next 14 years so that he can constantly stay awake without any stress or fatigue.” This is how Urmila slept night and day during the 14 year exile while Lakshmana could serve Ram and Sita attentively.

Without the Help of Urmila, Lakshman Could Never Defeat Meghnath

Ravana’s son Meghnath was very mighty and powerful. In fact, nobody could ever defeat him in any sort of war but only a man who had not slept for years. This is the reason how Lakshman could easily defeat the invincible Megnath. Without the help and contribution of Urmila, it was really impossible for Lakshman to defeat Meghnath.

After 14 years when Lakshman returned to Ayodhya along with his brother Ram and sister-in-law, Goddess Nidra approached him once again reminding him of his promise. This is when Lakshman had to go to sleep and Urmila woke up from her long slumber to see Ram being crowned as the King of Ayodhya.

Urmila’s contribution in Ramayana is truly praise worthy and unparalleled as mentioned by Sage Valmiki in his book. Her devotion towards her husband and family is not just praise worthy but exemplary. This is the reason why she is often addressed as the ‘Heroine’ of Ramayana.