In the serial Chakravartin Ashoka Samrat, we see that Samrat Bindusara is very expressive as far as his sentiments and emotions are concerned. Then whether it is his love towards Dharma, or affection towards an ordinary boy Ashok, we have always seen his soft side. Besides, the way he gets emotional with Rajmata Helena without even thinking twice, reflects his vulnerability towards emotions. 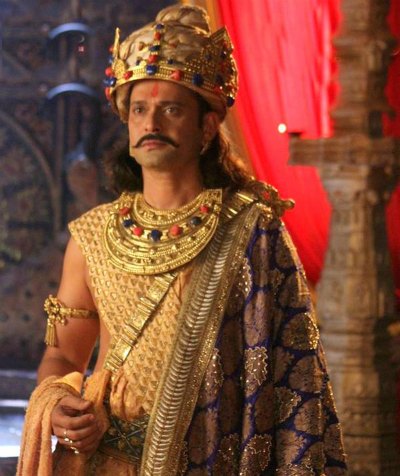 This makes me wonder, whether Magadh Samrat really thought more with his brain than his heart? Here we share some of interesting facts from his life which is widely believed:

From the ancient times, Magadh Empire was very powerful. From the epic Mahabharat we know the strength and might of King Jarasandh of Magadha. Then, historically, we all know how the Magadh rulers established their power starting from the Haryanka dynasty (Bimbisara, Ajatashatru) that ruled Magadh in the middle of 6th Century BCE, to the Shishunga and the Nanda Empire which was finally overthrown by Chandragupta Maurya. No wonder, the prime feature of these Kings was that they were shrewd rulers.

Besides, Bindusara knew how his father Chandragupta Maurya and his mentor Chanakya had established the Mauryan Empire by overthrowing the Nanda King. With all these background and adding the fact that Chanakya was his Prime Minister for a long time, it is highly doubtful Bindusar would be so emotional as shown. What’s more, the Greeks called him Amitrochates (Sansrit Translation – Amitragratha) meaning Killer of Enemies.

The Arthashatra Didn’t Allow the Mauryan Kings to be Sentimental

The Arthashatra penned down by Kautaliya (Chanakya) briefed in detail about the daily regime of a king. Any Mauryan King was bound to follow the rules set up by it, not out of compulsion but as a dictum. The Arthashatra is so sound in political science,that the king had to use his brain, and not his heart to rule his kingdom.

For instance, the king hardly slept for 4 hours and throughout the day looked out for several significant matters of his kingdom. Right from the main chef, to the main doctor to the head of his army, he spent time with everybody. What’s more, as part of the regime, he also met his spies on a daily basis. So any information brought by any of these parties had lot of weightage in it. The Samrat would listen to it and react practically. Now, if Bindusar would have been sentimental and emotional, he would never be able to follow the dictums of Arthashastra, forget ruling and maintain the vast Kingdom of Magadh.

Legends Say, Chandragupta Maurya Observed that his son Never Learned to Love Anything So Ardently

Chandragupta Maurya was very fond of his first born Bindusara. However, since he observed him keenly, he knew he wouldn’t be a great king. The reason? Well, Bindusar was never passionate about anything – Then whether it was his love towards any of his wife, his religion or the Mauryan Empire itself.

This gives us enough clue about the emotional side of Samrat Bindusara. Had he been so emotional and sentimental, we would have known him in a different way…