“The meaning of our self is not to be found in its separateness from God and others, but in the ceaseless realization of yoga, of union; not on the side of the canvas where it is blank, but on the side where the picture is being painted.” – Rabindranath Tagore

A component to enlightenment, yoga has the potential of promoting concentration and mental stability while performing rigorous body exercises. It has the ability of uniting the body, mind and spirit. All the physical power built up by the yoga asanas (pose) enhances the health and natural strength of the body. 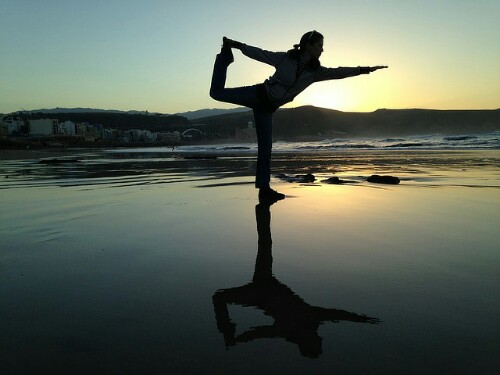 During the yoga course the regular practice helps to boost up the will power or mental power by eradicating all the unorganized thoughts from the mind and aids it to concentrate on a single charge. Besides physical and mental, yoga also has spiritual power. This driving power nurtures one’s action and thoughts and improves the capability to focus. A type of self exploration, it incorporates body awareness along with the spirit.

The Aim and Impact of Yoga

The Great Healing Power of Yoga

Along with physical and mental fitness, yoga asanas (pose) have a wide number of health benefits. Meditation and deep breathing techniques are a fundamental part of yoga practice despite physical movement. Whether you are perfectly fit and active or surviving from unrelieved conditions like headache, scoliosis or stress, the yoga has the power to treat you in the most effective way. 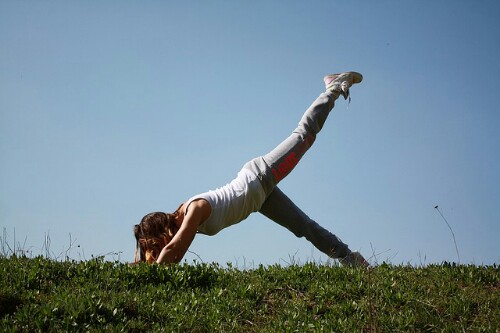 One of the finest antidotes to anxiety, stress and strain is deep relaxation, which can easily be provided by yoga. The salient nature of yoga not only calms your nervous system but also relaxes your entire body. In addition, yoga has the ability to cope up with many recurring pains including headaches.

Yoga practice helps one to understand all the asymmetries of the body and help in restoring the body balance and pain. Yoga can easily alleviate problems like insomnia, back pain and other conditions associated with central nervous system and spinal chord. Regular practice promotes emotional and physical balance.

Though yoga winds backs five thousand years in native India, it has achieved popularity all over the globe. From common people to the “oh so hot” people of Hollywood and Bollywood, it has become an integral part in everyone’s life. Nicole Kidman, Jane Campion and Kate Winslet are few among the influential names who have come down to India to learn and practice yoga.

A lot of stars are doing it. Bollywood Actress Shilpa Shetty and Lara Dutta have also released their CD’s on yoga. The impact of Yoga is so strong that it is now spreading like a wildfire in the west and people are slowly learning its abundant power. As per Jaya Surana, a yoga instructor – “Yoga not only helps to lose weight but also help in seeking a spiritual high. The practice of yoga regularly infuses a new life into the practitioner and that’s the sheer magic of yoga”.

Yoga is a space of sanctity in today’s hustle-bustle routine and so many of the top actors from Hollywood and businessman around the continents are queuing up for a yoga session. It has become a fitness mantra in today’s lifestyle to attain relaxation and a sense of tranquility. Even youngsters are attracted towards yoga as the technique helps to enhance the concentration and helps them to focus on a single task.

Lastly, it is all the way through yoga that an individual can acquire total unity as it connects the mind, spirit and body in the deepest level.

The Negative Impact of Stress on Your Look & Physical Appearance!

What is Vaastu Shastra? Is It Relevant in Modern India?