The JNU fiasco surrounding Kanhaiya Kumar has still not subsided and here arises a spark created by the Jat community in Haryana which can turn into a full-fledged fire anytime. Besides, the ruling party, BJP is totally confused on how to tackle the situation (Jat Reservation) where it is in power.

No wonder, had it been a non-BJP government state, the impact of the situation on the ruling political party would have been totally different. 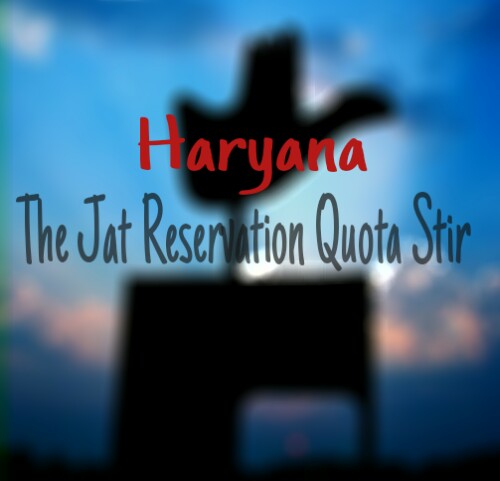 In Haryana, for the last two decades, the power revolved around the Jats, even the Chief Minister used to be one from their own community. However, post the BJP victory in the state things changed and under the guidance of RSS, a Punjabi (Manohar Lal Khattar) was anointed as a CM OF Haryana,  which apparently agitated the Jats who felt they are out of power.

Adding fuel to the fire came BJP’s own MP Rajkumar Saini (himself an OBC) who is against the Jat Reservation in Harayana and so are the other OBC members who are angry as well as disturbed. They fear that if Jats will get reservations, their reservation will be cut off. This is the reason why there is violent clash between the Jats and other Backward Class Members and both Haryana’s CM and the Centre have remained unsuccessful in sorting out the issue so far, making it clear that no government is invincible.

Jat Reservation Agitation: The Government Had a Hint, But It Didn’t Pay Any Heed to the community’s Plea

Ever since the Punjab and Haryana Court stayed the order of Haryana Government to grant 10% reservations to Jats and other caste (Bishnoi, Jat Sikh, Tyagi and Ror), the Jat community has been campaigning. Nevertheless, the leaders of the community in Haryana warned of protests and agitations from months, yet, it had no impact on the BJP led Khattar Government.

The Khaps of Haryana (90 in all) even agreed to organize blockades in Haryana from February 15. Next, the Sarv Jat Khap Panchayat leaders planned the locations as to where would the agitation take place. However, the government didn’t take the threat seriously, and the result is in front of us.

Is The Demand of Jat Reservation in Haryana Justified?

In 1999, PM Atal Bihari Vajpayee awarded the Jats the reservation under OBC category in the state of Rajasthan after NCBC (National Commission for Backward Classes) conducted a thorough examination and reported that the community has suffered most by the feudal forces. This promise by BJP paid really well as the party could easily bag 16 out of 25 seats. This was the beginning of lobbying the Jat Reservation.

However, soon the other States and also the Rajasthan district of Bharatpur and Dhaulpur (which were exempted from the Jat reservation) demanded the reservations. In 2004 Lok Sabha Elections, the political parties made promises of Jat reservations yet again. However, when the promises were not fulfilled, protests and agitations started.

In 2007, the All India Jat Mahasabha Convention further raised their voice in Delhi, this time loud enough. No wonder, several Central as well as State Ministers and MPs attended the convention. In 2008, a committee was formed by the Jats – Akhil Bharatiya Jat Aarakshan Sangharsh Samiti – ABJASS which organized several rallies as well as protest. Post the formation, all the states with Jat population organized protest and destroyed the public properties if their demands were not met.

In 2014, the Congress-led UPA Government approved Jat reservation just a day before notification for national election. No wonder, the UPA government too thought of getting the Jat support in the election. However, both NCBC and Supreme COURT refused the Centre to take such a step. Post-election, the ruling government supported the UPA’s decision just before the Haryana elections. However, the SC quashed the decision to provide reservations to the Jat community in Haryana.

This year the Jats have once again protested. However, this time the protest is so severe that it has traumatized and left a negative impact, not only on the national capital but also on the ruling party. So far, more than 12 Jat agitators have been killed in firing. Who is to be blamed? Well, do you think I need to mention the obvious?