On February 13, the President of JNUSU (Jawaharlal Nehru University Students’ Union) Kanhaiya Kumar was slapped with sedition charges for a speech which he gave after a students’ group organized an event on the JNU campus marking the 3rd anniversary of Afzal Guru’s hanging.

He has been sent to 14 days Judicial custody until March 2. He will be kept in Cell No. 3 in Tihar Jail according to the sources. Here we share some of the interesting and lesser known facts about Kanhaiya Kumar. 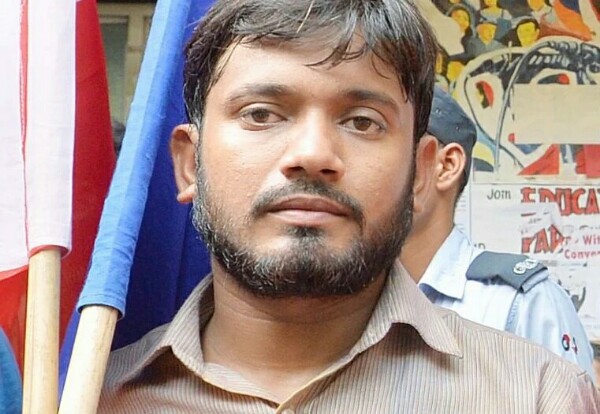 He is an International Relations Student

28-year-old Kanhaiya Kumar is pursuing his PhD in African Studies at the School of International Studies. Being the President of Jawaharlal Nehru University Students’ Union, Kanhaiya is quite a known figure in the campus. In fact, he became famous a night before the presidential election where he gave a powerful speech defeating the other contenders already.

Kanhaiya Kumar is from Bihar

Kanhaiya was born and brought up in Bihat village which comes under the Begusarai district in Bihar. The village is politically very active and is known as the CPI bastion. In fact, Bihat is called as a mini Leningrad – the symbolic capital of Russian Revolution. This background created a communist impact in Kanhaiya’s upbringing.

Kumar studied in RKC School in Barauni, the industrial town of Begusarai district situated at the banks of River Ganga. Post completing his schooling, he joined the College of Commerce in Patna and did his graduation from the same city. After completing his graduation, he then came to Delhi for the first time to pursue a PhD in JNU.

Ever since he joined the College of Commerce, he got into student politics. It was in year 2002 that Kanhaiya Kumar joined the AISF (All India Students Federation), a student wing of CPI (Communist Party of India). A year later after joining the party, he was chosen as a delegate at its Patna conference. No wonder his family has been traditionally supporting the party from years.

His Active Connection with the Communist Party

Right from his school days he took part in various activities and plays organized by Indian People’s Theatre Association (IPTA) – An association of theatre artists under the Left Parties. it is also the cultural wing of CPI, the Communist Party of India. After joining AISF in his college days, Kanhaiya also became an active member of NSS (National Service Scheme). During his stint in his college, he helped in reviving many Marxist centres of learning in his college as well as the Patna University.

Kanhaiya Kumar according to his friends and spectators is a great orator. In fact, it was his speech a night before the presidential elections last year that actually made him win the presidential elections. Before the speech, the AISF was sure that it would, at least, bag the post of Student Union’s General Secretary, but post Kanhaiya’s speech, the AISF was sure that ABVP will out of the race in front of Kanhaiya. He created such a tremenduos impact that the students who had heard his speech still cannot forget his words. The election of 2015 was won by Kanhaiya Kumar as expected and he became the first AISF President of JNU Student Union – creating history altogether.

He has participated in various Inter-College and Inter-University Debating Championship and has always performed exceptionally well! He was a member of Bihar Students’ delegation that took part in “Debate & Discussion Competition” of the NSS in 2007 which was organized by the Union Government.

He is a Natural Orator

When speaking about the poor and downtrodden, words come naturally to him confirms his friend Amit Kumar who is the national secretary of AISF and also his friend of 12 years. Other students at the campus too affirm Amit’s statement. Moreover, they are sure that Kanhaiya will come out stronger post his release.

One of his friends even mentions how Kanhaiya uses humor in his speech to connect with his audience. Plus, adding his favorite poet Dushyant Kumar’s lines at times –

Kanhaiya Kumar is very considerate. In fact, he is a social person who connects with people easily. He is strong and politically very sound. He knows he has done nothing wrong and this is the reason why people who know him closely is sure that this incident will only make him stronger. They are sure he will emerge powerful and as a hero. The impact of Kanhaiya Kumar is powerful and is seen in the JNU campus.

His father Jaishankar Singh has been bedridden for past few years now as he is suffering from paralysis. His mother Meena Devi is an Anganwadi worker who now runs the house along with Kanhaiya’s elder brother who is in service in Assam. Both his parents have the past of fighting for the rights of farmers. Even his uncles are known figures in Bihat village for taking a tough stand against the Zaminadri system in Bihar.

Know How Comrade Kanhaiya Kumar Is Manipulating The People Of India!

The Return of Geography in International Relations

Narendra Modi : Facts From Godhra and Beyond – Part 1

Facebook Comments
About Deepti Verma 312 Articles
Deepti Verma is a Political/Social Writer with an opinion on almost everything! Follow @universal_rover