With the gloves off and the swords out, the palpitating of the contentious heart can be heard on social media. Yes, Barkha Dutt has made sardonic attack on Arnab Goswami, the editor-in-chief of Times Now after the latter aired a show dedicated to pseudo-seculars claiming how they get support from certain section of media and also from intelligentsia.

We need to note the fact that nowhere in the show Arnab Goswami took the name of a journalist nor allowed his panelist to take anybody’s name. The topic in question was ‘Burhan Wani’ and all the non-Kashmiri intellectuals who accused the Indian Army for committing atrocities on Kashmiris.

This didn’t go down well with Ms. Dutt. Here’s her reply to Arnab Goswami 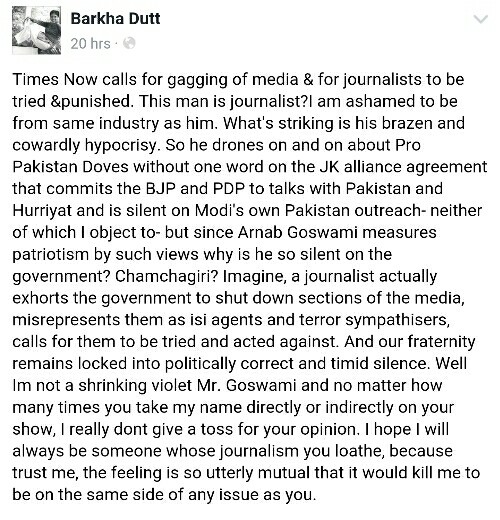 Barkha Dutt in her attack directly called Arnab Goswami as Chamcha of the Narendra Modi government. She states how he is being biased and hypocrite by calling her and other journalists as ‘Pro Pakistan Doves’ whereas being silent on JK ALLIANCE agreement that commits BJP-PDP talks with Hurriyat and Pakistan. 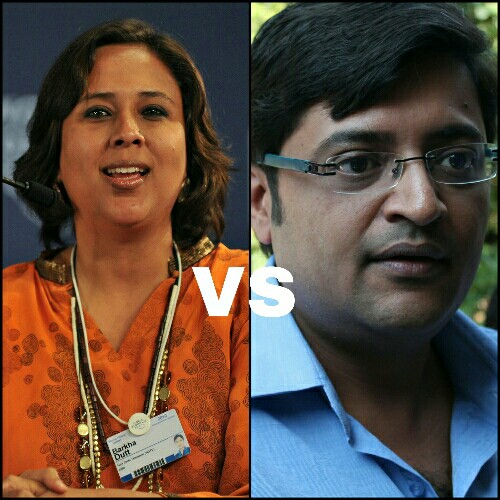 Why is Barkha Dutt Angry on Arnab Goswami?

Barkha is angry on Arnab Goswami because he lashed out on a section of media as well as pseudo liberals for supporting terrorists like Burhan Wani, Pakistan and people like Hafiz Saeed. Here’s the complete video of the Newshour Debate

Though Barkha Dutt snapped Arnab, social media wasn’t so pleased. Here are some of the comments that people made on Barkha – 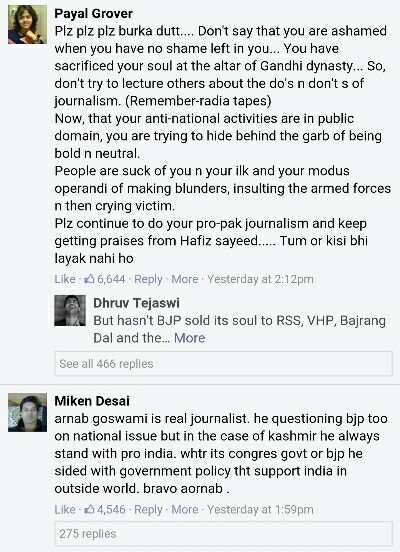 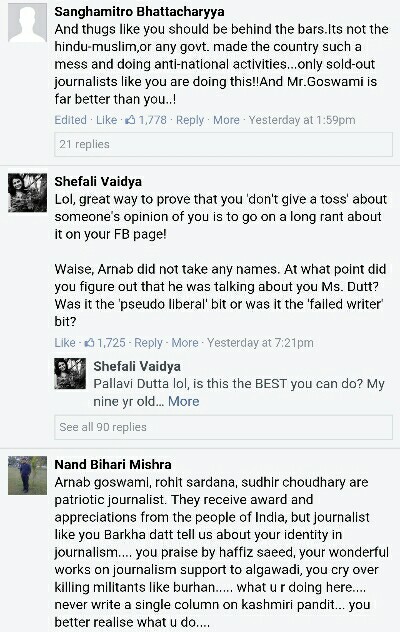 A Tale of Barkha and Her Two Muslim Husbands