Helly Shah also known as Swara of Swaragini is one of the most beloved TV actress today. She has been ruling the hearts of TV viewers and social media fans alike. At present, she is one of the youngest TV actresses but she has made quite an impact on the small screen.

While, we know a lot about her as Swara, let’s know more about her real life facts: 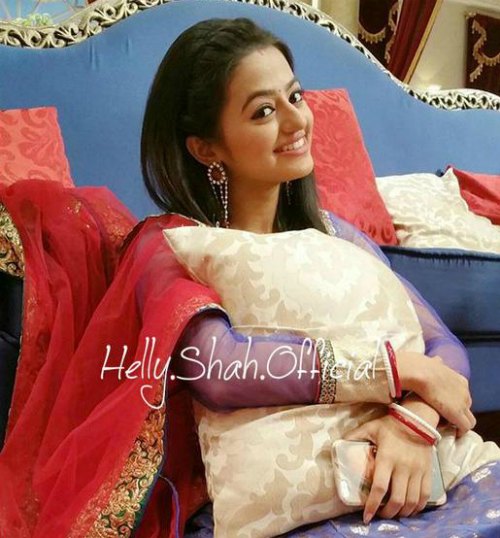 She was just in 8th Std when she got her first role in Star Plus’ Gulaal. She essayed the role of Kesar’s childhood friend Tali who later moves in to stay with the main protagonist. It aired from November 2010 to Auguat 2011 and then was replaced by Diya Aur Baati Hum.

Helly Shah is from Ahemadabad. However, now she stays in Mumbai due to her work though she misses her native town.

Helly Shah Is Still a Student

Helly Shah is pursuing her Bachelors. Yes, the actor is managing both her acting and studies simultaneously. She always wanted to pursue a degree in Biotechnology.

She was Always a Ranker in School

Helly was always a ranker in School as she wanted to prove that girls are no less than boys. So, looks like she was quite an all-rounder as we know that she started her acting career from Std 8th.

She is Emotional in Real Life As Well

Helly Is a Bollywood Buff

Panipuri Is Something She Loves Eating a Lot.

Here’s some of the lesser and unknown facts about Helly Shah popularly known as Swara of Swaragini.

5 Reasons Why Swara Rocks in Swaragini