From the past few days post Uri Attack, I see a lot of people advocating that India should go for a full blown, all guns blazing war against Pakistan.

Most of these people have never seen a war from close quarters, other than in Bollywood movies. 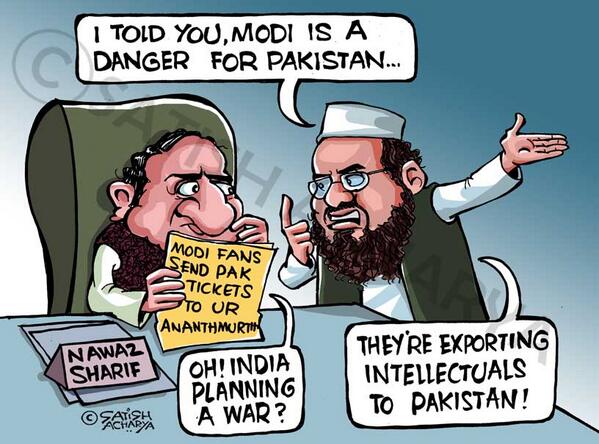 They basically think that the India Vs Pakistan War will happen on these lines:

India will declare full blown war on Pakistan, and Pakistan will crap in its pants.

China will go to sleep or play Solitaire and give all their Naval fleet in the South China seas an extended holiday.

USA and Russia will go and play Tennis with each other.

Meanwhile, while Pakistan is busy washing the crap out of their pants, India will deploy its entire army against Pakistan and kick their butts.

Pakistan army will lie down and die without any retaliation.

No crazy ass(d) Pakistan General will panic and hit the Nuke button wiping out at least one-third of India.

If the Pakistanis do hit back we will send Sunny Deol, Saif Ali Khan, and Akshay Kumar and they will destroy Pakistan with their bare hands and a hand pump.

Then some hot Pakistan girls will come and kiss our Army Men for rescuing them from the evil forces.

All the terrorist sleeper cells in India will surrender and jump into the Arabian sea.

Then you will sit on a horse and ride into the sunset whistling a cowboy tune.

Those who think that war is a solution to end all problems should remember that we have had three wars with Pakistan and the problems are still not over.

It’s easy to sit in the cozy confines of your home and throw ” India Vs Pakistan War ” as a convenient solution to end all problems in the country. Coz obvious you, the ones who are giving this idea, are NOT the ones who would be fighting it or even be affected by it.

Disclaimer: War is not about who is Right. It’s always about who and what is left.

Reasons Why India Shouldn’t Be Helping Balochistan Against Pakistan

Know how the Enemy Property Act Makes an Indian, an Official Enemy of India!