So, Prime Minister Narendra Modi gave an interview to Reliance Industries Limited (RIL) owned Network 18. The interviewer was Group Editor Rahul Joshi. Wondering, who is Rahul Joshi? Well, he isn’t one of those elite journalists of India but a nephew of BJP leader MM Joshi.

Few days back, Rahul Joshi didn’t even have a Twitter account but now he has an account @18RahulJoshi (which actually started just 2 days back) and it is also a verified one. 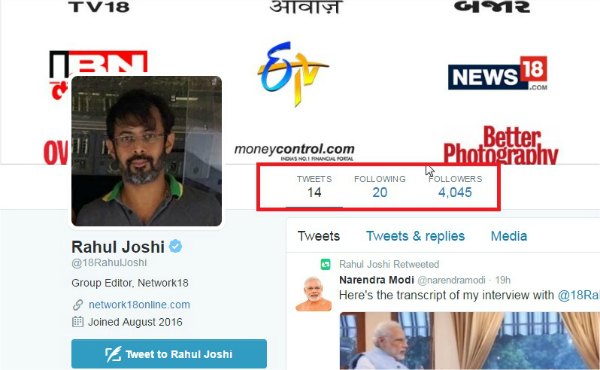 Instead of Warning Gau Rakshaks, PM Modi asks Gau Rakshaks to Attack Him? Does he really surely Endorse the Attack Theory?

In his interview to CNN-News 18, PM Modi said, “All those self-appointed guardians who were trying to create tension in the country did not like that Modi is with the Dalits. That Modi devotes himself to tribals. I am devoted to the welfare of all Dalits, oppressed, underprivileged and deprived”

However, his own party member, BJP MLA from Goshamahal, Raja Singh said “the Dalits deserved the punishment”. He even appreciated the attackers for teaching them a lesson to the Dalits. Though BJP members including Union Minister for Social Justice and Empowerment Thawar Chand Gehlot did not comply to what PM Modi said.

The gau rakshaks have proudly posted videos of their feats, they have taken selfies with their bleeding victims, they have pressed their boot on the face of their hapless kill and taken pictures like you would when you came back from your hunt. You have all the evidence PM, take action, walk the talk, come on…!!

Perhaps PM of India have closed his ear drums and want to claim only one thing that he is with Dalits. After all, this is what he said, “If you want to attack, attack me, not Dalits. If you want to shoot, shoot me”. Is this the way the person holding the highest position in India can talk? No, Never. The statement in a way clarifies that though the Prime Minister is defending ‘Dalits’ he is in favour of ‘Attack’. After all, nowhere did he try to warn the gau-rakshaks that attacking anybody can lead to dire consequences.

I would suggest PM Modi to ban these agencies of gau rakshak rather than calling them as self-appointed guardians. My best wishes to the NGO including ex-IPS officer Rahul Sharma, activist Pravin Mishra, Nirjhari Sinha of Jansangharsh Manch who are on a Mission in Una to seek justice against these gau Manch.

Why Re-open Robert Vadra Case When He Has Been Cleared Already?

Secondly, PM Modi rejected allegations of vendetta and insisted that there are no instructions from his Govt to conduct probe against any political party or dynasty but then it is interesting to note that the case has been reopened despite the Rajasthan Police have cleared the Robert Vadra-promoted Sky Light Hospitality of any wrongdoing. The Rajasthan Police have mentioned that the company was a victim of “conspiracy” and “cheating” as grabbed Government land was sold to it. Deputy Superintendent of Police Ramavtar Soni said that as a bona fide purchaser Vadra was “certainly a victim of fraud” and he had been “cheated”.

There is no iota of doubt that the Central Government is having a political vendetta as the BJP party in 2013 announced initiating an inquiry against land deals by Vadra in Bikaner after the UPA Govt launched an investigation against the Gujarat “snoopgate” scandal.

PM Modi Talks about Empowering the Poor, But Is not ready to Pass Pro-Worker Policies. Why so mean?

Thirdly, PM Said, “If we want to free this country of poverty then we need development. We will need to empower the poor” but when your own Minister is manipulating with facts and figures. Everything is exaggerated by the NDA Ministers be it Electrification in villages, cutting the funds for significant schemes of UPA, or solving the drought issues of UPA, or solving the drought issues of farmer or mentioning their number of suicides. On the contrary, they do not think twice before writing off loans for their crony capitalist friends.

Poverty will never be removed by development alone until and unless there are pro-worker policies. However, the Central Government has crores of money to spend on publicity and advertisement but has no intentions to sanction Labour Unions genuine demands their rights. One cannot remove poverty by rhetoric and platitude only. Poverty is certainly not a state of mind.

Exaggerated and False Facts and Figures by Central Government – Do we have any Answer?

Moreover, PM said, “Development is our only agenda and it will remain so” but then where is the reality of development? There is zero foreign investment till date in PM Modi’s smart cities mission, factories are not being made in India and the recent launch JIO by Reliance is made in China. 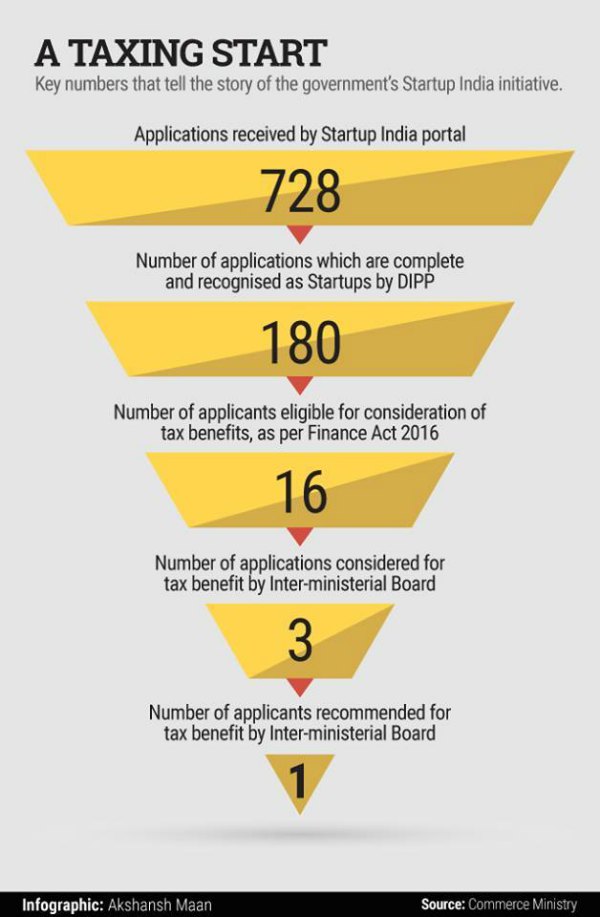 Why Is the Education Minister Discussing New Education Policies with RSS?

Earlier HRD Minister Praksah Javadekar said “Unless the student’s rebel, they will not be able to innovate” but then University of Hyderabad has prohibited meetings and protest marches via a new circular. Ever since the Institutional murder of Rohith Vemula, some students and faculty of UoH have been trying to get justice for Rohith. This is a blatant attempt by the University to derail the fight for justice. Why our new HRD Minister discarded that order if he stated the aforesaid? 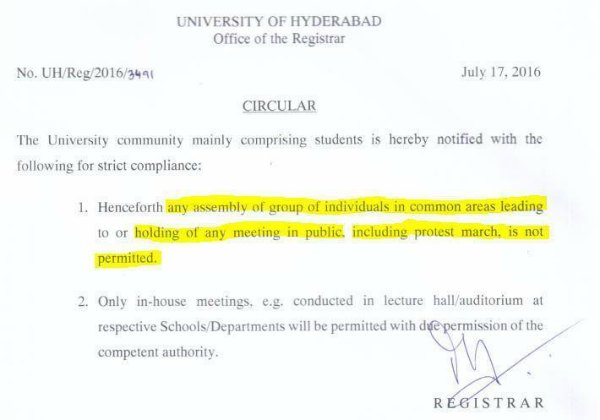 The Biggest Hindrance to GST was BJP – Why Take Credit now?

PM Modi also stated about GST and said, “GST is the biggest tax reform since Independence” but then Modi led Central Govt took 2 years to amend 4 key legislations in the GST bill as demanded by Congress and even opined by the Chief Economic Advisor, Govt of India. If BJP had been serious intentions about our country and GST, we would have it a decade back.

Congratulations to Dr. Manmohan Singh for the visionary GST Bill and those who opposed the GST Bill tooth & nail for 10 years are now taking credit for passing it with support of those whom they opposed.

People are getting too excited with GST Bill being passed but wait the real work i.e. Implementation starts here. With Modi at helm, I wouldn’t be surprised if it takes 2 to 3 years or perhaps more to implement the Bill or who knows it will have the same fate as that of Lokpal Bill. The most interesting part is when GST bill was passed, PM Modi was not even present in the Parliament.

I would therefore suggest PM Modi and his Party Members, if you are serious about the country then please stop targeting anyone for your failures be it on Development, Services, New Schemes, and/or criticising people like RBI Governor, Chief Economic Advisor and so on. Stop spending money on paid news, publicity, promotion and advertisement and use it in some other schemes for the welfare of the people.

Not Advertisement & Promise, This is What Labour Union Wants from PM Modi Led Central Government

The Story of PM Modi Calling an IAS Officer of Tripura in Night Is Made-up!