Prince Narula is indeed the prince of reality shows. No wonder he is the winner of MTV Roadies Season 12 and also the winner of Splitsvilla this season (Yes he defeated Paras to win the trophy along with Anuki). He is now in Bigg Boss 9 house and if he wins this will be a hat-trick for him

While we already know about his reality gigs, here we’ll share more about him – interesting facts around his personal life and career. 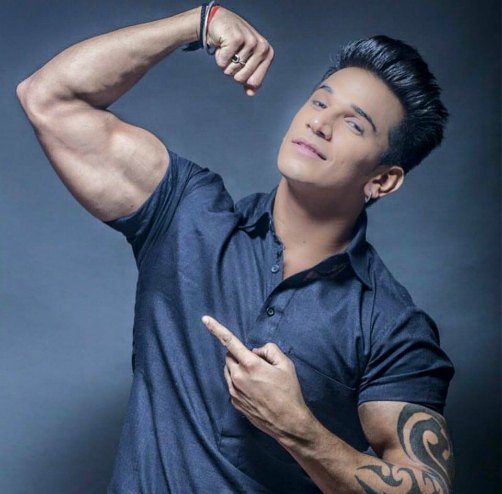 He is Punjabi with Roots in Chandigarh

Yes Prince Narula is from Chandigarh and is a Punjabi Munda. He started his career in modeling. He is currently single. His brother’s name is Bobby Narula. He studied in Chandigarh Baptist School.

He Started His Career by Contesting for Mr. Punjab

No Roadies wasn’t his first show, his first talent show was Mr. Punjab. Yes, he made his debut in the Punjabi reality show and then moved to MTV Roadies X2 where he not only impressed everybody but also won the show. Next, he appeared in MTV Splitsvilla 8 and was declared winner too.

He Aims to Become a Stunt Hero like Akshay Kumar

Prince Narula has Bollywood dreams and aims to become like Akshay Kumar. No wonder, he has all the traits that can make him the next Khiladi of Bollywood. What’s more, now that he is in Bigg Boss 9 he might even get offers.

Also Read: Bigg Boss 9 : Now Even You Can Enter the House!

He Gets Hungry Often

One of the biggest weaknesses of Prince is food. What’s more, he gets hungry often and when he doesn’t get to eat, he is very angry. Perhaps the inmates in the house can use this against Prince to make him angry 😉 and snatch away all the brownie points he earn.

He always wanted to be part of Bigg Boss

Prince always yearned participating in Bigg Boss. He was looking forward to the show from the day he was approached. The theme of the show this year doesn’t bother him at all. He has glad that he is in.

His Message to the Fans

Well, Prince says that fans should not judge anybody by the reality show they are in. The reason? The audience really don’t know the situation they are in. What’s more, he also vows not to disappoint his fans. Looks like we will have fun watching Prince in the house.

Born on 24th November, Prince Narula is Saggitarius. He was just 24 when he was declared as the winner of Roadies X2. His height is 5 feet 8 inch approximately and weighs roughly 72 kg.

If he wins Bigg Boss 9 too he will surely create a history by winning 3 reality shows back to back and that too in the same year. Do you think he is a tough competition this year? Please do share your views in the comment box.