The serial Maharaja Ranjit Singh shows that the Kanhaiya misl and Bhangi misl is a friendly misl. Interestingly, Sada Kaur, the daughter-in-law of Jai Singh Kanhaiya even wants to marry her daughter into the Bhangi misl. 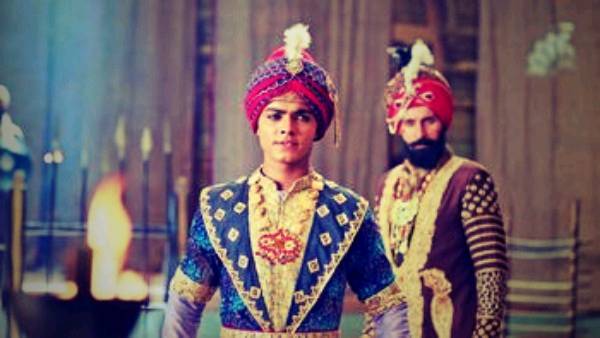 No matter how things are turning in the right direction in the show, the truth lies in the historical data that the two misls were not friendly during this time. According to the Sikh history, the two misls has a history

Jhanda Singh, the Chief of the Bhangi Misl was Killed by Kanhaiya misl

When Hari Singh Dhillon died, his elder son Jhanda Singh became the fourth chief of the Bhangi Misl. Jhanda Singh was also the head of the Taruna Dal. Back then i.e. 50 years ahead of Maharaja Ranjit Singh, the whole Sikh army was divided into two – Taruna Dal for young and Buddha dal for the old.

Under Jhanda Singh, the Bhangi misl was at its peak. It reached the zenith. Moreover, he was the ruler of Lahore, Amritsar, Multan, Jhang, Chiniot, Rawalpindi, Bhera, Hasan Abdal, Gujarat and Sialkot. Under his leadership, the Dhillon family of the Bhangi misl became the dominant de facto ruling power of the then Punjab.

According to Ali-ud-Din Mufti, a dispute arose between the Raja of Jammu – Raja Ranjit and his eldest son Brij Raj Deo. Now that Brij Raj Deo was of a dissolute character, the Raja wanted, his younger son Daler (Dalel) Singh to succeed him. This quarrel between the father and the son developed into an battle like situation.

The immature son without realising the aftereffects, sought help from Charhat Singh Sukarchakia (the father of Maha Singh) and Jai Singh Kanahiya. They both readily agreed to help him. Raja Ranjit Deo on the other hand took the help of Jhanda Singh Bhangi.

The united forces fought against each other in 1770. The two armies fought for some days without any result. One day, Charhat Singh Sukarchakia was killed accidentally when his own gun struck him on the forehead. This loss shook his allies as it was very difficult to fight against the forces of the powerful Jhanda Singh. Maha Singh back then was a small kid then.

Next, the chief of the Kanhaiya – Jai Singh Kanhaiya decided to plan the murder of Jhanda Singh. Consequently, Jai Singh bribed a Mazhbi Sikh or Rangretta in the service of Jhanda Singh. The man shot him dead from behind when he was walking in his camp unattended. This led to the feud between the two misls.

Sikh History: The Battle Between the Bhangi Misl and Kanhaiya Misl

Post the death of Jhanda Singh, his brother Ganda Singh took over his responsibilities and became the fifth chief of the Bhangi misl. The act of treachery by Kanhaiya made him completely hostile against them.

The two armies fought against each other without any result. Meantime, Ganda Singh who was already not keeping well died in 1774. This is the story of their enmity. So, the plot in the serial that Sada Kaur wants her daughter Mehtab Kaur to marry Gulab Singh Bhangi, the heir-apparent of the Bhangi misl is purely fictional. It is not a part of the Sikh history. In, fact, Gulab Singh was the son of Desa Singh, not Sahib Singh.